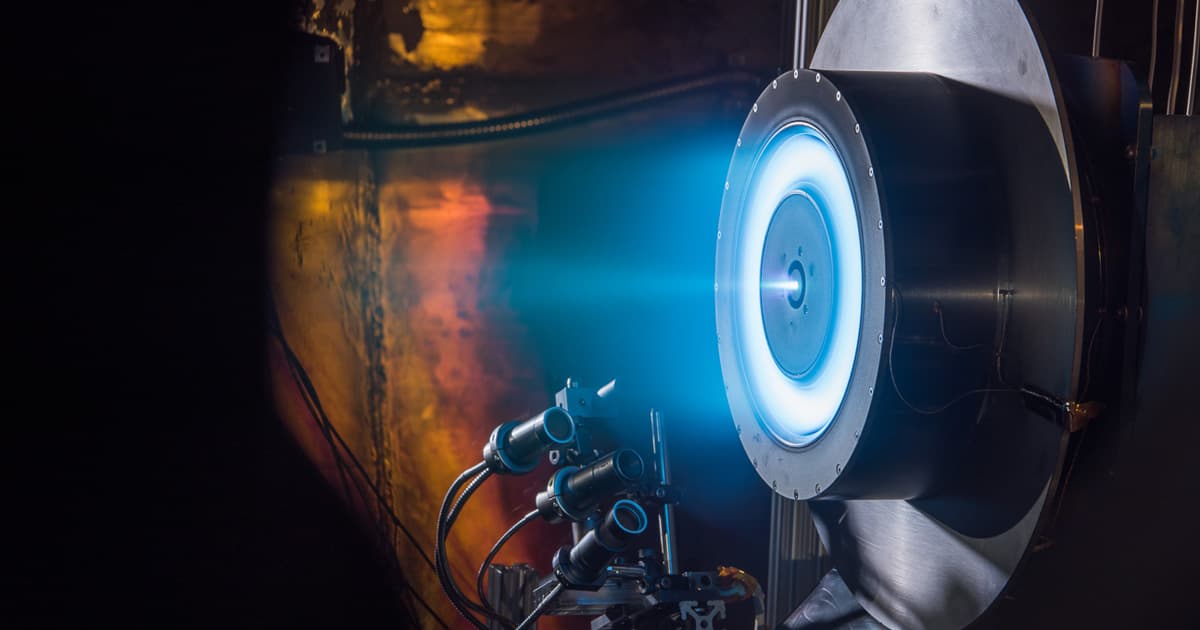 Flying Too Close to the Sun

"What this is showing is that solar thermal propulsion is not just a fantasy."

"What this is showing is that solar thermal propulsion is not just a fantasy."

Scientists at the Johns Hopkins University Applied Physics Laboratory are testing whether they could harness the heat of the Sun to propel a spacecraft to the far reaches of the solar system, Wired reports — and maybe beyond it, to the interstellar wastes.

According to the team working on the technology, solar propulsion is no longer a distant dream. The university's "solar simulator," a converted shipping container lined with thousands of LEDs, may have just proved that it's not as far-fetched as it sounds.

"What this is showing is that solar thermal propulsion is not just a fantasy," materials scientist at the Applied Physics Laboratory Jason Benjoski told Wired.

Studying what lies beyond the heliopause, the boundary beyond which the Sun's effects can longer be felt, is extremely difficult, in large part because it's just incredibly far away. The only two manmade spacecraft to have gone beyond it, Voyager 1 and 2, had to travel for close to half a century to take the first-ever peek at interstellar space.

That's why NASA is working with scientists at the Applied Physics Laboratory to find new ways of propelling spacecraft at much faster speeds. The agency announced the partnership in October 2019 claiming that such a mission could be launched as soon as 2030.

That's where solar propulsion comes in. Rather than combusting fuel sources, the spacecraft could be powered by a solar thermal engine that soaks in hydrogen from the Sun, heats it, and pushes it out from a nozzle to generate thrust.

Beyond the obvious design challenges of creating such an engine, a solar thermal rocket would have to get incredibly close to the Sun to gain enough speed, anywhere between 30,000 and 200,000 mph, according to Wired's reporting — without melting.

Only a few materials known to scientists could withstand such high temperatures and still be able to channel hydrogen, Wired reports. Benkoski, however, is hopeful and told Wired that 3D printing metal may just be the key to constructing such a heat shield.

READ MORE: A Solar-Powered Rocket Might Be Our Ticket to Interstellar Space [Wired]

Great Scott
NASA-Funded Scientist Claims New Thruster Could Approach Light Speed
9. 3. 20
Read More
Is That Ship From "Passengers" Really Possible?
1. 21. 17
Read More
Stephen Hawking Teams With Billionaire to Build An Interstellar Spaceship
4. 13. 16
Read More
+Social+Newsletter
TopicsAbout UsContact Us
Copyright ©, Camden Media Inc All Rights Reserved. See our User Agreement, Privacy Policy and Data Use Policy. The material on this site may not be reproduced, distributed, transmitted, cached or otherwise used, except with prior written permission of Futurism. Articles may contain affiliate links which enable us to share in the revenue of any purchases made.
Fonts by Typekit and Monotype.