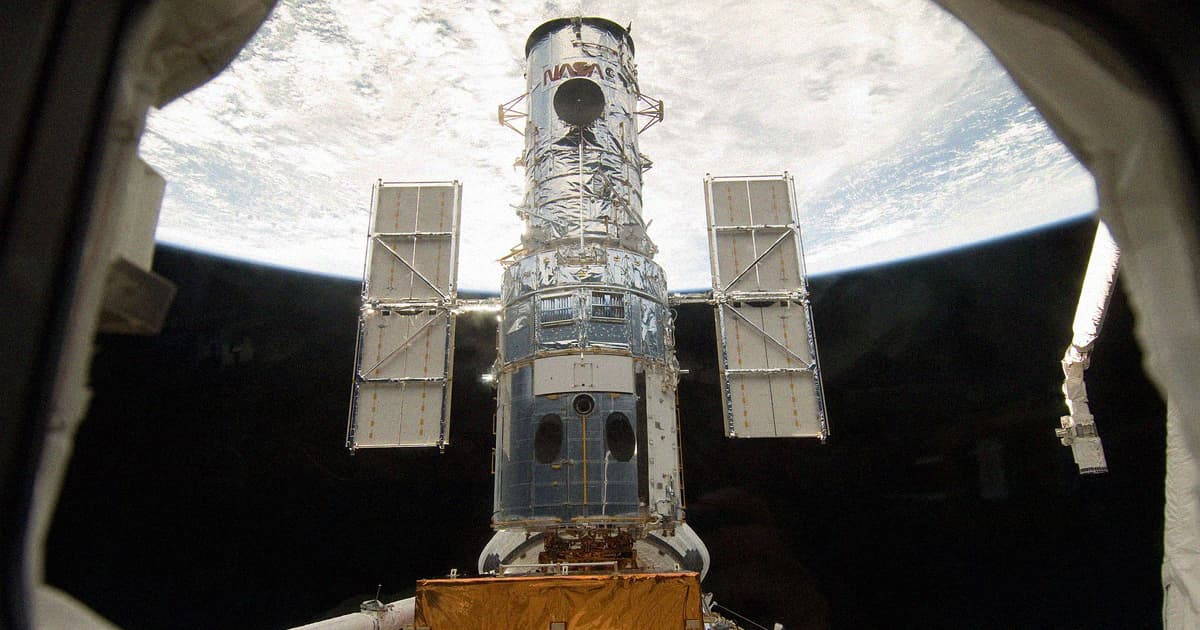 Where's the Space Shuttle When You Need It

Off and On Again

Since then, the team has tried and failed to remotely revive the computer, which was built in in the 1980s, at least three times.

Now, the scientists suspect the computer's memory modules, originally suspected to be the culprit, may not be the issue after all. According to a Tuesday update, engineers are now investigating whether the module that bridges communications between the computer's various components may be at fault instead.

Fortunately, not all is lost — even if it turns out the main payload computer is toast — all thanks to the bright minds who designed the telescope well over 30 years ago.

The team is giving itself some more time to investigate the payload computer issue, but may have to resort to the Hubble's onboard backup computer.

According to NASA, this backup computer hasn't been powered on since its installation in 2009. Back then, a crew of seven visited the Hubble space telescope on board the Space Shuttle Atlantis to install new instruments and battery unit modules, as well as making some repairs.

The mission was the fifth and last time the telescope has been serviced in person.

But two years later, NASA retired the Space Shuttle, meaning a future trip to the telescope is anything but certain. The agency currently has no spacecraft in its fleet capable of servicing the telescope.

If NASA's attempts to revive the onboard computer or its backup fail, a device installed during the 2009 mission could allow Hubble to steer itself into the Earth's atmosphere to burn up upon reentry — an unfortunate end to a telescope that has brought us a wealth of insights into the observable universe.

More on Hubble: It's Looking Possible That the Hubble Is Dead Forever