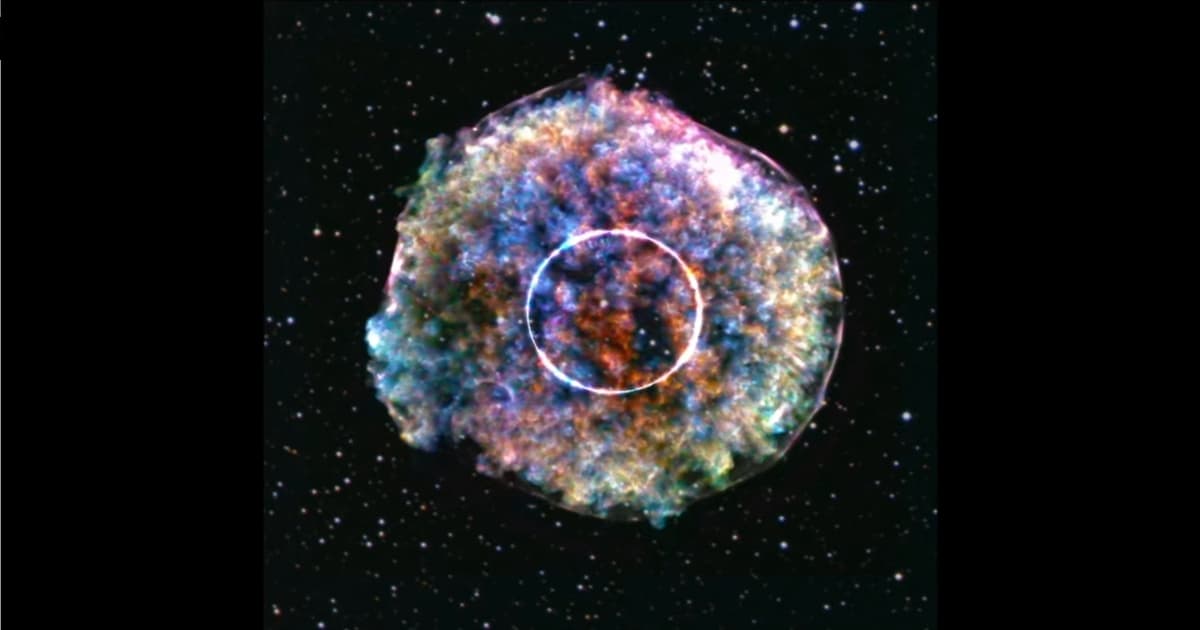 NASA Turned a Star's Corpse into Sound — and It's Magical

We all know that there’s no sound in space. However, one project from NASA is turning that fact on its head by transforming images of space objects into beautiful music.

It’s all a part of a "sonification" project by the agency’s Chandra X-ray Observatory and the Universe of Learning program, according to a NASA blog about the topic. The project takes normal charts and images of space and transforms them into sound.

One of the most recent examples of this showcases what the remnants of the Tycho supernova sounds like — and it’s absolutely magical.

While gorgeous, it’s still true that there’s no sound in space (though some have been able to arrange acoustic data from stars to great effect).

In order to capture "sounds" then, researchers at NASA’s Universe of Learning program utilize a software that processes the images and turns the visual data into sonic information.

For example, the Tycho supernova image is processed from the center moving outward. The different colors throughout the supernova determine the different notes, while the image’s brightness determines how loud it is.

"The sonification aligns with those colors as the redder light produces the lowest notes and blue and violet create the higher-pitched notes," the blog post described.

Another great example of data sonification that was recently released by the project takes a slightly different approach. This image is a composite from Hubble and Chandra data, and showcases a region where stars are forming called Westerlund 2.

For this image, the sound travels from left to right across the cluster of stars. The Hubble data is represented with strings while the Chandra data is represented by bells. The pitch of the notes is determined by its vertical position on the image.

Like the supernova photo, it’s beautiful — and an incredibly creative way to show off the awe-inspiring beauty of space.

More on space noise: The Music Made by Stars Is Actually Extremely Beautiful