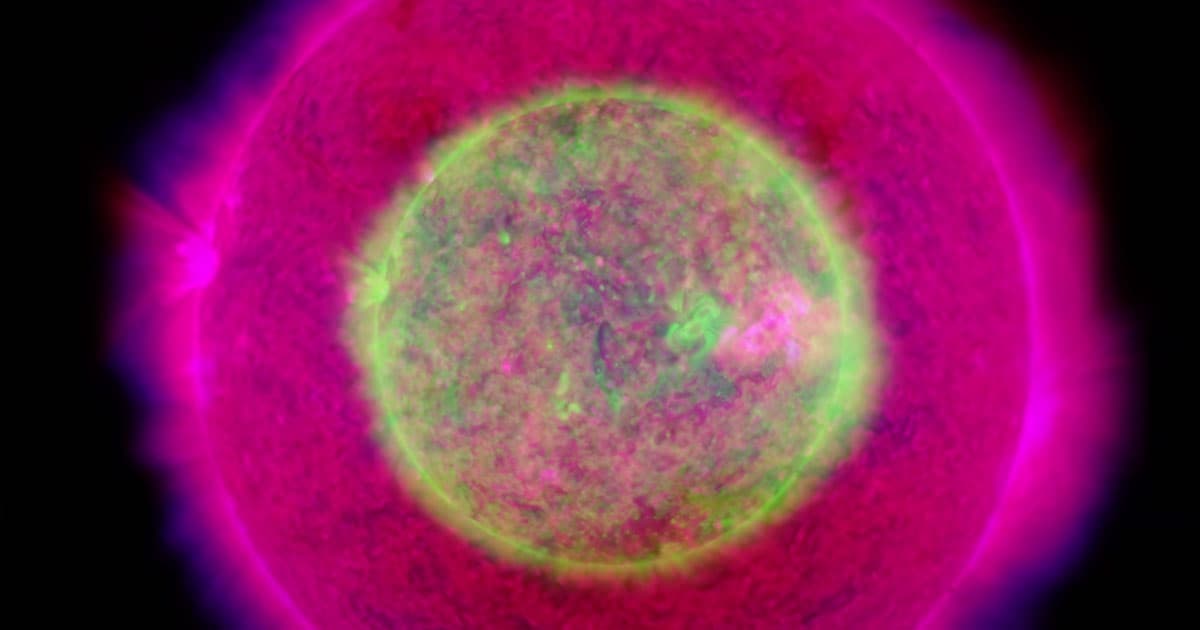 This Music Made by Stars Is Actually Extremely Beautiful

Stars constantly give off infrasound waves. Now artists sped them up so we can listen.

Stars constantly give off infrasound waves. Now artists sped them up so we can listen.

For the first time, music composed from the acoustic waves that blasts out of stars has been made available online.

The music is arranged by Brian Eno, the composer who coined the term "ambient music." Retrofuturista reports that the music takes the infrasound acoustic waves created by stars and speeds them up until they can be heard by the human ear. The resulting track, "Starsounds," is as haunting as it is otherworldly.

The music is the latest project from the Starmus Festival, an annual event created by astrophysicist and Queen guitarist Brian May and astrophysicist Garik Israelian to bring together space science and the arts, according to Retrofuturista. Israelian is the one who actually gathered the infrasound waves and compiled them into a massive library back in 2005.

Since then, Retrofuturista reports, Starmus and the star sound library has inspired a number of art pieces, including Hans Zimmer and Paul Franklin's "The Warped Side of the Universe" concert that was a sort of sciencey reunion for the composers of the "Interstellar" soundtrack.