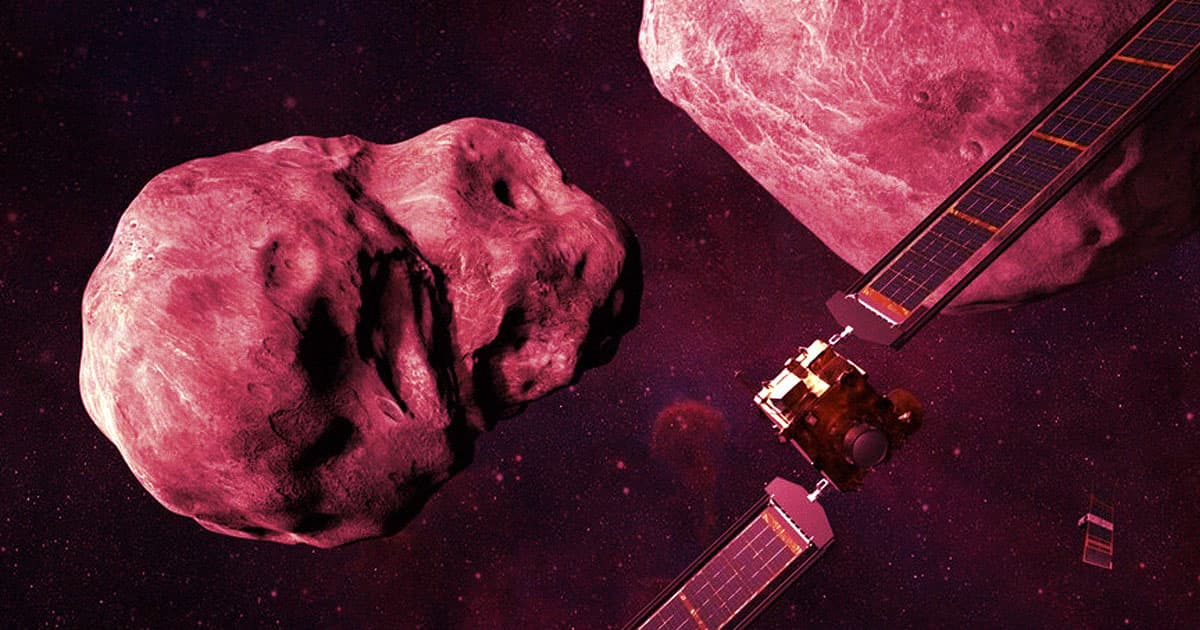 NASA is very pleased with the degree to which it rocked an asteroid's shit. The agency is pleasantly surprised by how much material was released when it intentionally smashed its Double Asteroid Redirection Test (DART) spacecraft into the asteroid Dimorphos in September, CNN reports — a groundbreaking and asteroid-shattering effort to find a way to keep a killer space rock from colliding with Earth, dinosaur extinction style.

In fact, according to the latest estimates, DART displaced some two million pounds of debris.

NASA is hailing the pandemonium it caused millions of miles away as a resounding success.

'What we can learn from the DART mission is all part of a NASA’s overarching work to understand asteroids and other small bodies in our Solar System," said Tom Statler, program scientist for DART at NASA, earlier this year.

"Impacting the asteroid was just the start," he added. "Now we use the observations to study what these bodies are made of and how they were formed — as well as how to defend our planet should there ever be an asteroid headed our way."

Observations from both ground- and space-based observatories captured the sheer amount of debris created by the collision.

According to the DART team, it's precisely because of all of this loosened debris that the spacecraft was able to change the asteroid's trajectory. In other words, if Diomorphos had simply absorbed the spacecraft's impact, its trajectory would've changed significantly less.

"Momentum transfer is one of the most important things we can measure, because it is information we would need to develop an impactor mission to divert a threating asteroid," said Andy Cheng, DART investigation team lead, in a statement this week.

The more data that rolls in, the better picture we're able to get of the violent event — a nudge that may just save humanity from certain destruction one day.