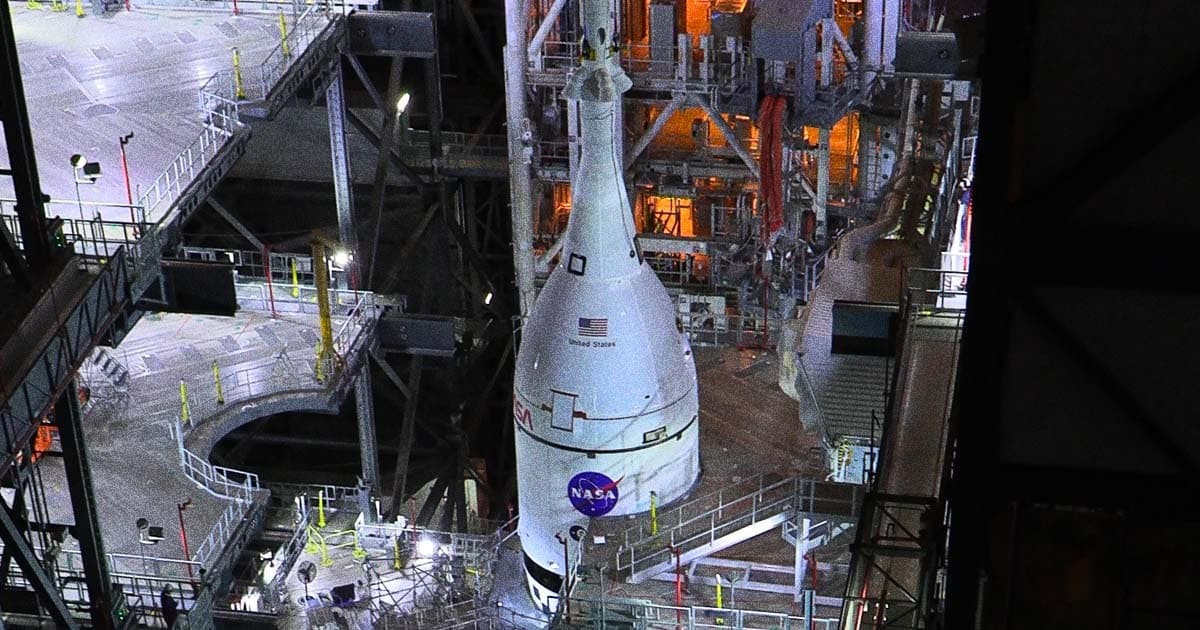 The massive rocket will be used in an unmanned mission to the Moon’s orbit.

The massive rocket will be used in an unmanned mission to the Moon’s orbit.

NASA has completed stacking the massive rocket that it will send to the Moon as part of the Artemis I mission — and, if those first missions go well, it could even send astronauts there in a few years.

The agency fully assembled the Space-Launch System (SLS) rocket at the Kennedy Space Center in Florida on Thursday night, according to a NASA update. Dubbed the "mega-Moon rocket," engineers worked into the late night hours in order to attach the Orion spacecraft on top of the structure, which now stands at a staggering 322 feet.

"We’re getting closer and closer to embarking on a new era of human deep space exploration," NASA chief Bill Nelson said in the update. He added that the space agency is "in the home stretch of preparations for the first launch on the Artemis I mission, paving the way to explore the Moon, Mars, and beyond for many years to come."

A launch date for Artemis I has yet to be nailed down, but should come shortly after a test of the SLS known as a "wet dress rehearsal," the update said. This test will involve the launch team loading propellant into the rocket’s fuel tanks before conducting a full launch countdown.

Once it officially takes off, the uncrewed Orion craft is slated to orbit the Moon for six days before returning to Earth as part of the Artemis I mission. During its orbit, the craft will gather valuable data for future crewed missions to the Moon.

Interestingly, the SLS isn’t the only mega rocket out there. In fact, it’s utterly dwarfed by SpaceX’s Super Heavy stack, which clocks in at an immense 475 feet with Starship on top — though it’s worth noting that the stack has a more ambitious goal of reaching Mars.