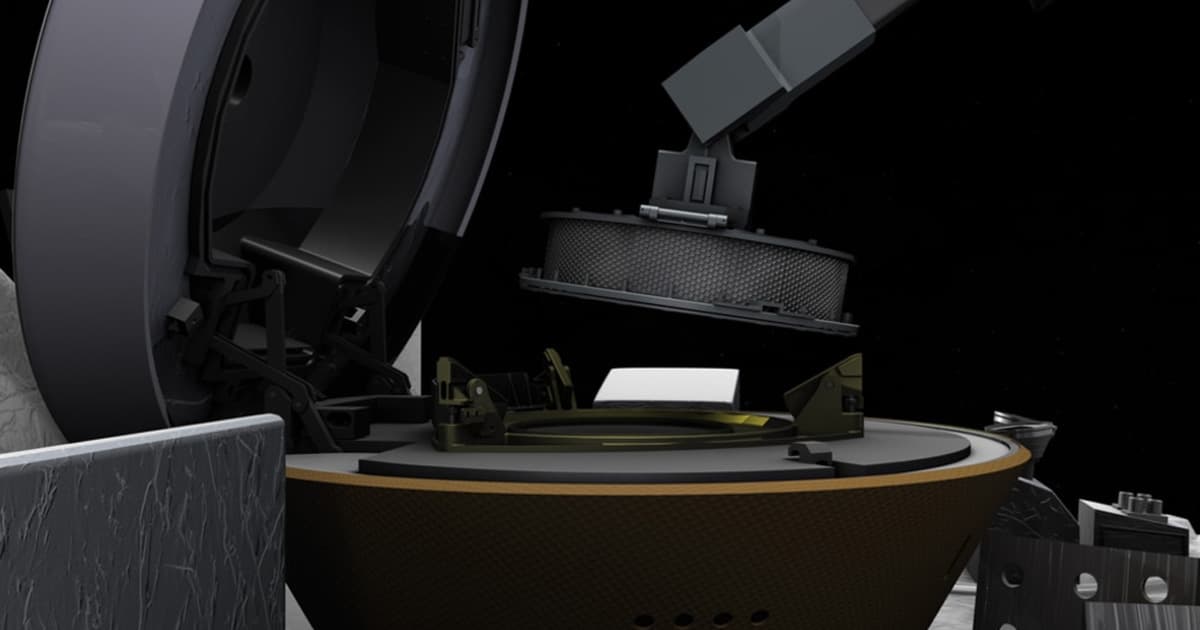 NASA has decided to expedite the process of stowing away its "precious cargo."

NASA has decided to expedite the process of stowing away its "precious cargo."

NASA's OSIRIS-REx spacecraft is getting ready to tuck away the asteroid bits it collected last week on the surface of Bennu, a near-Earth asteroid about 500 meters across.

Three days after the spectacular landing and sample collection event, a first for NASA, the team noticed that the spacecraft may have bitten off more asteroid than it can chew. OSIRIS-REx scooped up so many space rocks that its "mouth" was jammed open, with bits of asteroid rubble tumbling out into space.

As a result, NASA has decided to expedite the process of stowing away the leaking sample of asteroid bits. The event was initially scheduled for November 2.

"The abundance of material we collected from Bennu made it possible to expedite our decision to stow," Dante Lauretta, OSIRIS-REx principal investigator, said in a statement. "The team is now working around the clock to accelerate the stowage timeline, so that we can protect as much of this material as possible for return to Earth."

It's not simply a matter of shutting the hatch closed in one fell swoop. Stowage is a multi-stage process that takes several days. Each step will require the spacecraft to send back a picture to be analyzed by the team back on Earth. The signal alone can take over 18 minutes each way.

Leadership at NASA is still hopeful about the sample return mission, though, despite last week's hiccup.

"This mission is well positioned to return a historic and substantial sample of an asteroid to Earth, and they’ve been doing all the right things, on an expedited timetable, to protect that precious cargo," NASA’s Associate Administrator for Science Thomas Zurbuchen said in the statement.

More on the mission: NASA Spacecraft Grabbed Too Many Asteroid Chunks and Now They’re Drifting Into Space