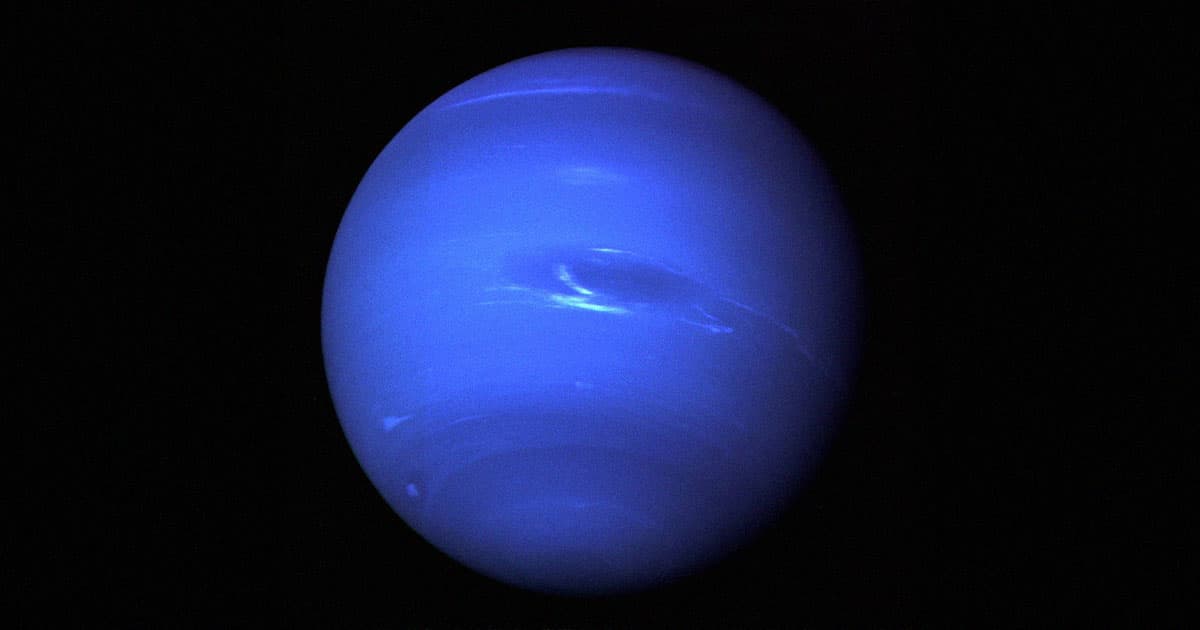 Scientists are fascinated by Uranus — and those who study it for a living, as we've previously reported, are tired of your childish jokes.

In interviews with Slate, numerous Uranus experts bemoaned the planet's nomenclature. Take James Webb Space Telescope project scientist and longtime NASA veteran Heidi Hammel, who says she's been dealing with Uranus jokes since working on the planet during the Voyager 2 mission, and she, too, has to allow people to get their ya-yas out before getting to the science.

"The name is definitely a distraction," Hammel told the website. "For a while, I tried to educate people about the planetary pronunciation. But then I learned the word ‘urinous’ (the color of urine) and realized that was a lost cause."

"Now when I talk about Uranus, I usually try to get over this whole issue right away," she added. "I tell a bunch of the jokes, and let people get their giggles out."

Uranus, Slate explains, was named by astronomer and planet co-discoverer Johann Bode in 1781, who followed the then-current planetary naming conventions by dubbing the planet Saturn's father, the way Saturn was the father of Jupiter. All the other post-Earth planets at that point and after were named after Greek mythology, but instead of calling the planet Caelus — the name of Saturn's father in Greek myth — Bode named it after the Roman equivalent, Uranus. Oops!

Though the name has inspired derriere-themed jokes since at least the latter half of the 20th century, Washington University planetary science professor Paul Byrne said that like Hammel, he now uses the planet's goofy name to his advantage.

"The name is the first thing people latch on to," Byrne told Slate. "But it’s also an opportunity, because even with a ‘funny’ name, people are talking about the planet."

"It’s not so much of a challenge to segue into something like ‘did you know Uranus smells of farts?’ (which it does)," he continued, "which will make people laugh, but now you’re talking about atmospheric composition."

Maybe there's a silver lining here. If serious NASA scientists are telling Uranus jokes, that means we can too, right?

More on Uranus: Scientists Intrigued by Strange Blobs on Uranus

Psychological Warfare
Experts Excoriate NASA Report Claiming James Webb Wasn't Homophobic
11. 19. 22
Read More
Butt of the Joke
Asking the Public to Name Probe to Uranus May Have Been a Mistake
9. 13. 22
Read More
Outing Life
Swiss Government Scientist Says We May Be on the Brink of Discovering Alien Life
9. 13. 22
Read More
+Social+Newsletter
TopicsAbout UsContact Us
Copyright ©, Camden Media Inc All Rights Reserved. See our User Agreement, Privacy Policy and Data Use Policy. The material on this site may not be reproduced, distributed, transmitted, cached or otherwise used, except with prior written permission of Futurism. Articles may contain affiliate links which enable us to share in the revenue of any purchases made.
Fonts by Typekit and Monotype.