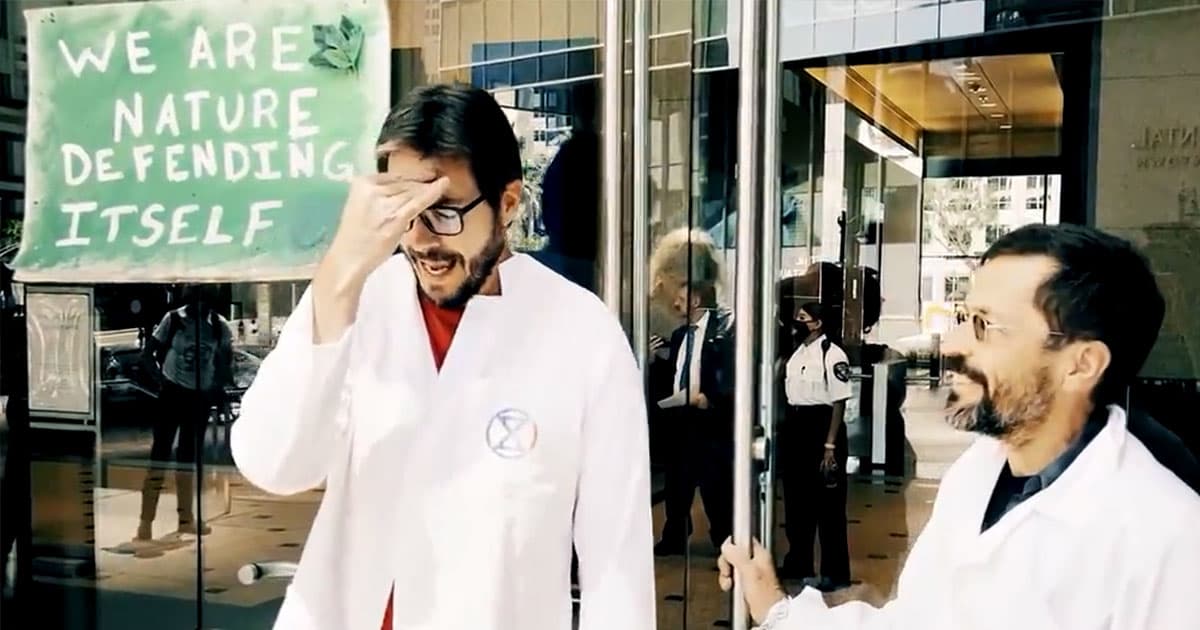 "We’re going to lose everything."

"We’re going to lose everything."

Kalmus posted video of the day's events on Twitter yesterday. The clip shows Kalmus giving an impassioned speech while gesturing with his free hand, his left being handcuffed to the door.

"We’re going to lose everything,” Kalmus said in another video clip tweeted by news media. "And we’re not joking, we’re not lying, we’re not exaggerating."

As Kalmus spoke, he was overwhelmed with emotion at the thought of an inhabitable Earth, visibly fighting off tears.

"I’m here because scientists are not being listened to. I’m willing to take a risk for this gorgeous planet," Kalmus said, "for my sons."

Kalmus was arrested at the event, and later tweeted that scientists around the world were also taken to jail for similar protests. Kalmus is now free, and has been tweeting about climate change furiously since his release. He also penned an op-ed for the Guardian explaining his work and why the group chose JP Morgan specifically.

Kalmus is right to be concerned. The signs are all around us, and yet Kalmus is still pointing out that despite Earth potentially being unlivable in the future, stories about scientists' dire warnings rarely make front pages.

"Earth on track to be unlivable," Kalmus said online this week. "Story, page 3. You can’t make this up."

Either those stories start hitting page one soon, or we might end up reading them in some kind of post-apocalyptic environmental wasteland.