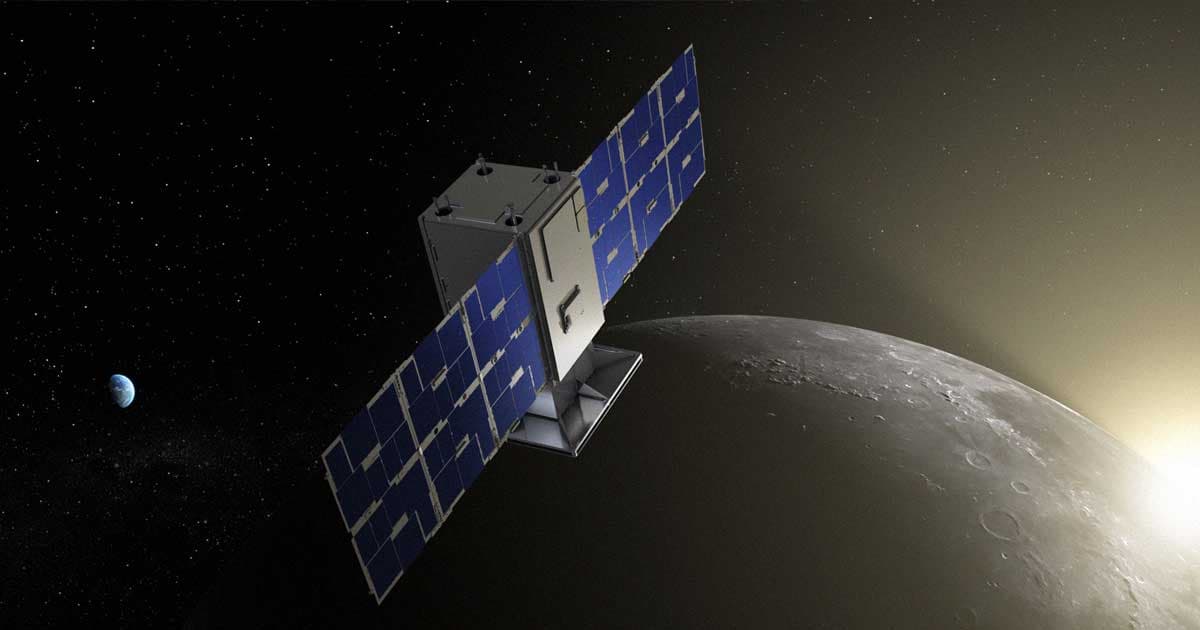 There's a NASA Satellite Headed Toward the Moon Right Now

"For some tens of millions of dollars, there is now a rocket and a spacecraft that can take you to the Moon, to asteroids, to Venus, to Mars."

"For some tens of millions of dollars, there is now a rocket and a spacecraft that can take you to the Moon, to asteroids, to Venus, to Mars."

Shoot for the Moon

NASA's CAPSTONE satellite is currently hurtling towards the Moon after successfully breaking free of Earth's orbit on Monday.

Launched from New Zealand last Tuesday by aerospace startup Rocket Lab, the CAPSTONE satellite marks the next step in not only NASA’s plan to put humans on the Moon again, but also the future of low cost space exploration.

The whole mission cost just $32.7 million, according to NASA, which is a massive discount considering that the agency's SLS Moon rocket costs a flabbergasting $4.1 billion per launch.

"For some tens of millions of dollars, there is now a rocket and a spacecraft that can take you to the Moon, to asteroids, to Venus, to Mars," Rocket Launch founder Peter Beck told the Associated Press in an interview. It’s an insane capability that’s never existed before."

The launch used the company's smaller Electron rocket. After 9 minutes in the air, the even smaller Photon spacecraft on board separated from the main rocket, bringing the CAPSTONE satellite with it. With intermittent bursts of its engine, the Photon spacecraft was eventually able to escape Earth's orbit and put itself on course for the Moon.

Once the CAPSTONE satellite reaches its destination, it’ll attempt to enter orbit around the Moon in a never attempted near-rectilinear halo orbit.

All eyes will be on CAPSTONE’s attempted orbit in the coming months, as NASA plans to put its Gateway space station in the same orbit in the future, as part of the Artemis program. It’ll be the first space station in orbit around the Moon, and will serve as a deployment point for astronauts to head down to the lunar surface. But don't get too excited; the program's initial launch — which is being done by SpaceX — won't be until at least November 2024.

The US isn't the only nation with ambitious lunar plans. In addition to already approving three more lunar exploration missions, China has plans in the works for a full-blown Moon base. In other words, Earth's natural satellite could start to get crowded.

More on the Moon: Startup Announces Plans to Bury Server Farm on the Moon