Startup Announces Plans to Bury Server Farm on the Moon

That's one place to put it.

/ Off World/ Data Center/ Moon
May 23 by Victor Tangermann 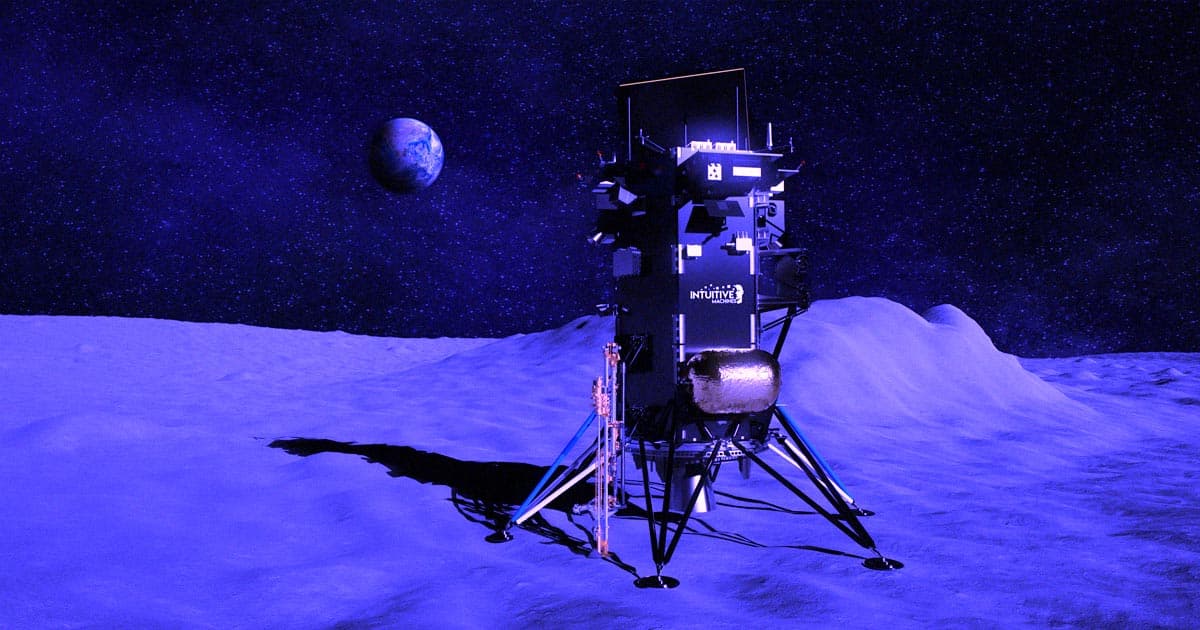 VC funded startup Lonestar Data Holdings wants to store data in datacenters inside the hollow lava tubes suspected to line the surface of the Moon. The idea is to aid during future lunar missions — and, potentially, safeguard human knowledge after the demise of Earth, The Register reports.

The company believes it's a far safer place to store important information, even more so than the Svalbard Global Seed Vault in remote Norway, a facility designed to eternalize humanity's cultivation efforts.

"If we don't do this, what will happen to our data on Earth?" Lonestar Data Holdings founder and CEO Christopher Stott told The Register. "The seed bank flooded due to effects of climate change. It's also susceptible to other forms of destruction like war or cyber attacks."

One key advantage of storing data on the Moon, the company says, is that its near side is always facing the Earth, making line-of-sight communications comparatively straightforward.

The company is building on experience and is already "running the world's first web server on the International Space Station," according to a press release.

Lonestar has signed a contract with NASA-funded aerospace company Intuitive Machines to launch early tech demonstrations to the Moon as part of the space agency's Commercial Lunar Payload Services program.

During a second launch, scheduled to blast off next year, Lonestar is planning to send its first hardware prototype with 16 terabytes of memory to the lunar surface.

Needless to say, the company still has plenty of hurdles to overcome. For one, landing practically anything softly on the Moon has proven extremely difficult.

That's also not to mention the inhospitable conditions once on the lunar surface, with temperatures swinging wildly plus the presence of unremitted cosmic radiation — not exactly ideal conditions for a datacenter.

That's why Lonestar is planning to store its centers inside lava tubes, which could provide a much more stable environment. But, it's worth pointing out, those remain hypothetical and nobody has ever visited one, nevermind installed server hardware there.

Once established, the company could provide future lunar missions with critical data transmission infrastructure, an important part of any attempt to establish our presence on the Moon.

But first, it will have to actually get there.

Read This Next
Expect Delays
Scathing Report Admits NASA Is Years Behind Moon Landing Schedule
Astronaut Drip
We Just Got the First Peek at NASA's Artemis Moon Landing Suits
Moonwalk Drip
NASA Inks Deals for Moonwalking Suits for Artemis Landings
Ice Ice Baby
Check Out This Moon-Shaped Ice Crystal on the Space Station's Window
Lunar Learning
Scientists Grow Living Plants in Moon Soil Captured by Astronauts
More on Off World
TMNT
Jul 1 on the byte
Chunky Turtle Spotted Near NASA's Mega Moon Rocket
Cloud Spotting
Jun 30 on the byte
NASA Needs Your Help Spotting Clouds On Mars
Rolling Coal
Jun 29 on futurism
Space Travel Will Absolutely Gut the Environment, Scientists Warn
READ MORE STORIES ABOUT / Off World
Keep up.
Subscribe to our daily newsletter to keep in touch with the subjects shaping our future.
+Social+Newsletter
TopicsAbout UsContact Us
Copyright ©, Camden Media Inc All Rights Reserved. See our User Agreement, Privacy Policy and Data Use Policy. The material on this site may not be reproduced, distributed, transmitted, cached or otherwise used, except with prior written permission of Futurism. Fonts by Typekit and Monotype.