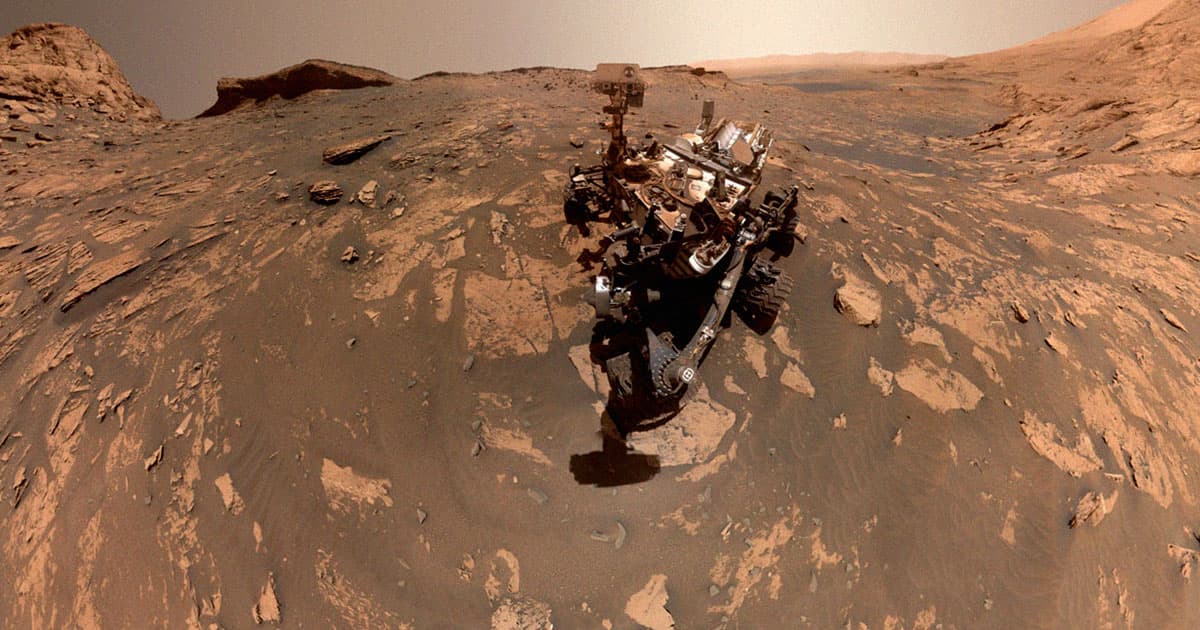 NASA Rover's New Selfie Will Make You Feel Like You're on Mars, and Maybe a Little Drunk

That's a lot of Mars in one picture.

That's a lot of Mars in one picture.

NASA has shared a brand new selfie its Curiosity Mars rover took late last month — and it's a real doozy.

A whopping 81 images were stitched together to form a massive 360-degree panorama. Thanks to some clever editing, the entire vista was squished into one convenient frame, a beautifully warped — and slightly nausea-inducing — mess.

The unique image also gives us a tantalizing view of a large rock structure behind the rover called the "Greenheugh Pediment," according to a NASA update.

Curiosity is now headed towards a small canyon opening called the Maria Gordon notch, visible behind the rover on the left in the new shot. It was named after the early 20th century scientist who studied the Dolomite Mountains of Italy, earning her the first Doctor of Science awarded to a woman in the UK.

The new panorama was taken by the Mars Hand Lens Imager, attached to the tip of Curiosity's robotic arm.

The tiny rover has been scanning the Martian surface since August 2012 and has been sending back countless photos and selfies since then, showing off some of the most stunning barren landscapes.

And perhaps one day it — or its sibling rovers — will finally make the ultimate discovery: definitive proof that Mars was once teeming with life.