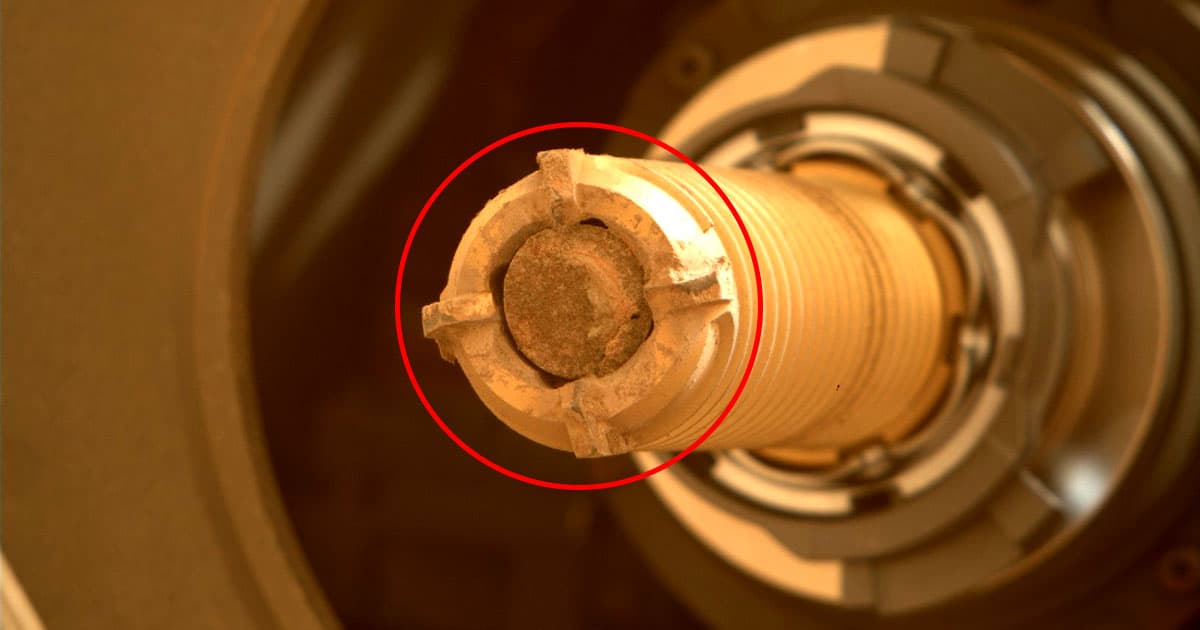 NASA’s Perseverance rover has performed admirably during its ongoing exploration of the Red Planet. But the poor little guy has recently run into a small hiccup while probing the Jezero Crater, according to a tweet from its official Twitter, which is written in the first person.

"Over the weekend, I collected my 14th rock core, but I was unable to seal the sample tube," reads the tweet. "The sample is stored safely inside my caching assembly, but some work remains to figure out how to cap and seal the tube."

In the grand scheme of things, it’s a pretty small problem, but you can bet your ass that NASA scientists are scrambling to make sure everything’s alright — the nearest repair shop, after all, is a whole planet away.

Thankfully, it sounds like the NASA scientists have got things handled.

"Drilling rocks [is] hard when your drill is 100 million kilometers away..." tweeted NASA scientist and Perseverance team member Erin Gibbons. "But the science and engineering teams are testing solutions so we can complete the sealing process and call this sample a success."

"Another curve ball on Mars — we’re working hard to get this gorgeous sample sealed!" Kronyak tweeted.

"Percy," as the rover is affectionately nicknamed, has been steadily collecting rock core samples from the Martian surface and storing them in tubes since September 2021. Assuming nothing goes drastically wrong, those samples will be delivered back to our planet aboard the Earth Return Orbiter as early as 2033.

Once they’ve arrived, the idea is that the samples can be examined by Earthling scientists with much more advanced instruments and techniques than what's available to the Mars rover. In the end, the hope is that they could uncover the secrets of the Red Planet’s biological and geological history once and for all.