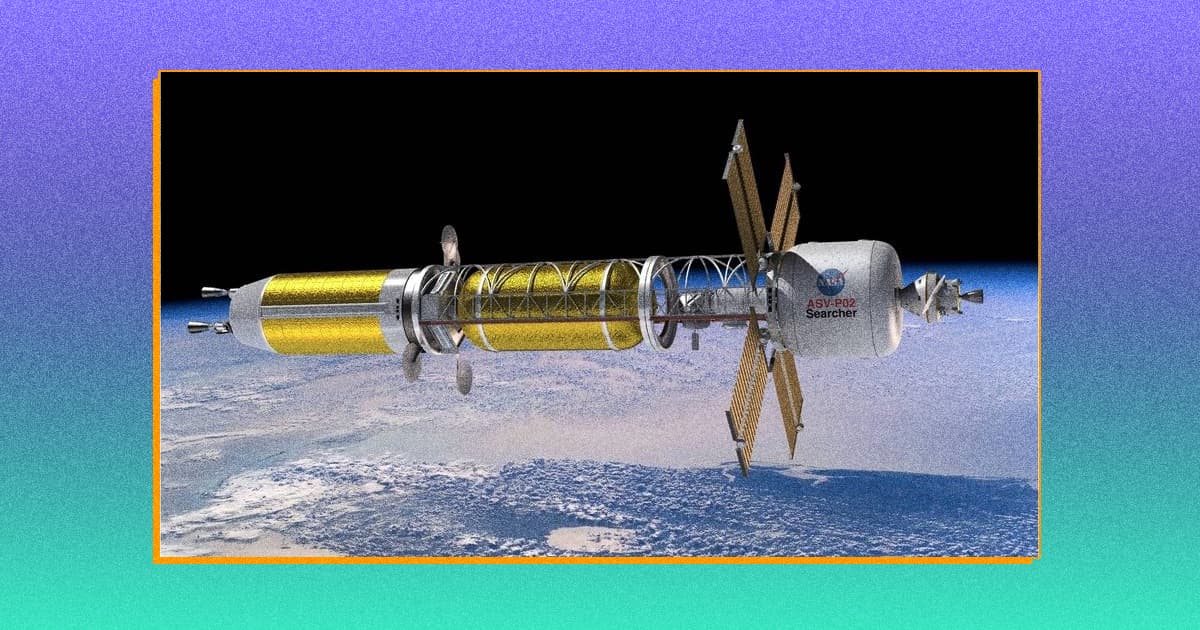 If they can pull it off, it could allow human exploration of the solar system.

If they can pull it off, it could allow human exploration of the solar system.

NASA has been lagging behind in its push to create nuclear-powered spacecraft, and it will need to work a lot harder if it wants to have one ready for a 2039 crewed mission to Mars.

That's according to a new NASA-sponsored report by the National Academies, which found that the space agency will need to find "aggressive" funding into nuclear propulsion, according to Space News. If it doesn't make up for lost time, the report concludes, NASA risks falling behind on an already-distant mission.

After decades of faltering investment in nuclear propulsion, the report's authors wrote that they're not convinced NASA will be prepared in time.

"Space nuclear propulsion technology shows great potential to facilitate the human exploration of Mars," Bobby Braun, the director for planetary science at the Jet Propulsion Laboratory and co-chair of the committee that wrote the report said in a press release. "However, significant acceleration in the pace of technology maturation is required if NASA and its partners are to complete this mission within the stated timeline."

But there is some room for hope: Jim Reuter, NASA associate administrator for space technology, expressed his support for the technology in a January 27 meeting of the NASA Advisory Council's technology committee, according to Space News.

But as Space News notes, President Biden hasn't put out much in the way of new space policy, so it's not entirely clear how these various deadlines and priorities might change in the coming months and years.

Nuclear propulsion for space travel certainly has strong momentum. Former President Donald Trump signed Space Policy Directive-6 in late December, in which he called on NASA and its partners to speed up their development of off-world nuclear reactors and propulsion systems — and it seems like NASA heard the call.

"Nuclear thermal propulsion has high interest from a number of standpoints, both NASA and DOD," Reuter said.

More on NASA: We Interviewed the New Head of NASA About SpaceX, China, and Aliens