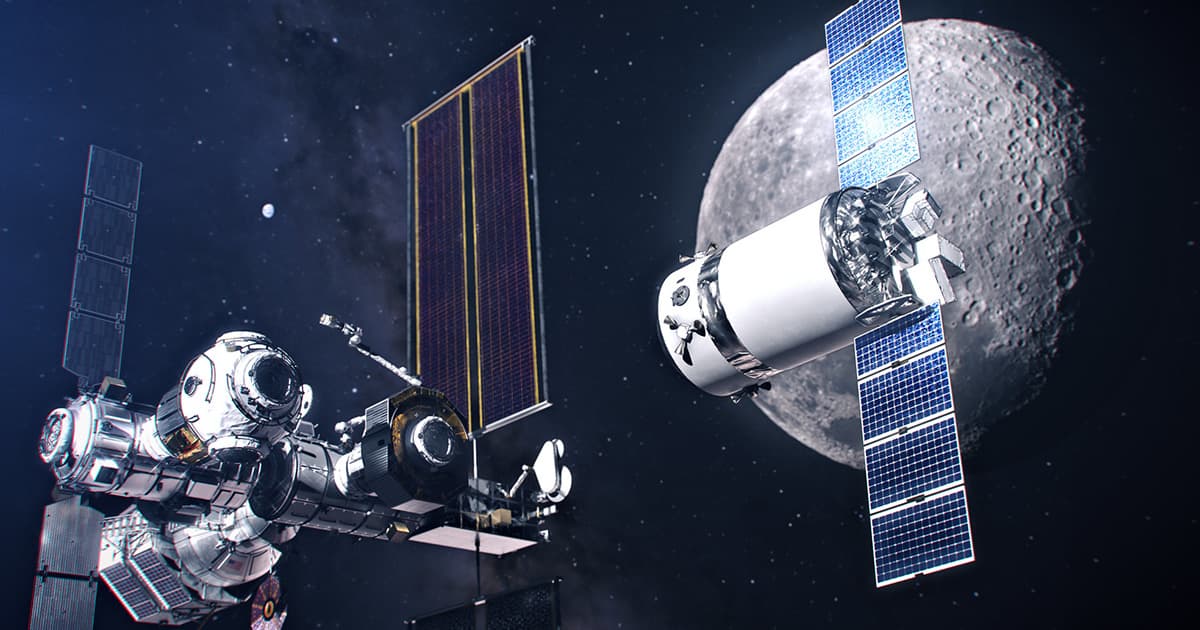 Is this how astronauts will get to the surface of the Moon?

Is this how astronauts will get to the surface of the Moon?

NASA has released a number of gorgeous digital renders of a SpaceX Dragon XL lunar resupply spacecraft rendezvousing with the agency's planned lunar Gateway, an outpost that's meant to serve as a stepping stone for future astronauts on their way to the surface of the Moon.

The images, spotted by Teslarati senior spaceflight reporter Eric Ralph, show the massive cylindrical spacecraft approaching the gateway with the Moon looming in the background.

The news comes close to a year after NASA awarded SpaceX a contract to deliver supplies to the Gateway using the space company's upcoming variant of its tried-and-true Dragon resupply capsule. Under the contract, SpaceX is guaranteed at least two supply missions.

The Dragon XL spacecraft will carry both pressurized and unpressurized cargo to the Gateway, including scientific equipment and other supplies. According to NASA, the cargo will include anything from spacesuits to sample collection materials.

Gateway to the Moon

"The Gateway is the cornerstone of the long-term Artemis architecture and this deep space commercial cargo capability integrates yet another American industry partner into our plans for human exploration at the Moon in preparation for a future mission to Mars," said Jim Bridenstine last year, who was NASA administrator at the time.

NASA is still tentatively planning to return American astronauts to the surface of the Moon by 2024 as part of its Artemis program. The Gateway will play a key part in that process.

If all goes well, SpaceX's Falcon Heavy rocket will launch the Gateway's Power and Propulsion Element as well as the Habitation and Logistics Outpost no sooner than May 2024.

From the Dept. of Things to Buy
Review: The "Out of This World Cook Book" Chronicles the Early Meals of the Space Age
Aug 30
Read More
Overloaded
Whiny Space Tourists Say They Were Too Busy on the Space Station
May 14
Read More
The Moonian
Senior NASA Official Fears Getting "Stuck" on the Moon
May 4
Read More
+Social+Newsletter
TopicsAbout UsContact Us
Copyright ©, Camden Media Inc All Rights Reserved. See our User Agreement, Privacy Policy and Data Use Policy. The material on this site may not be reproduced, distributed, transmitted, cached or otherwise used, except with prior written permission of Futurism. Articles may contain affiliate links which enable us to share in the revenue of any purchases made.
Fonts by Typekit and Monotype.