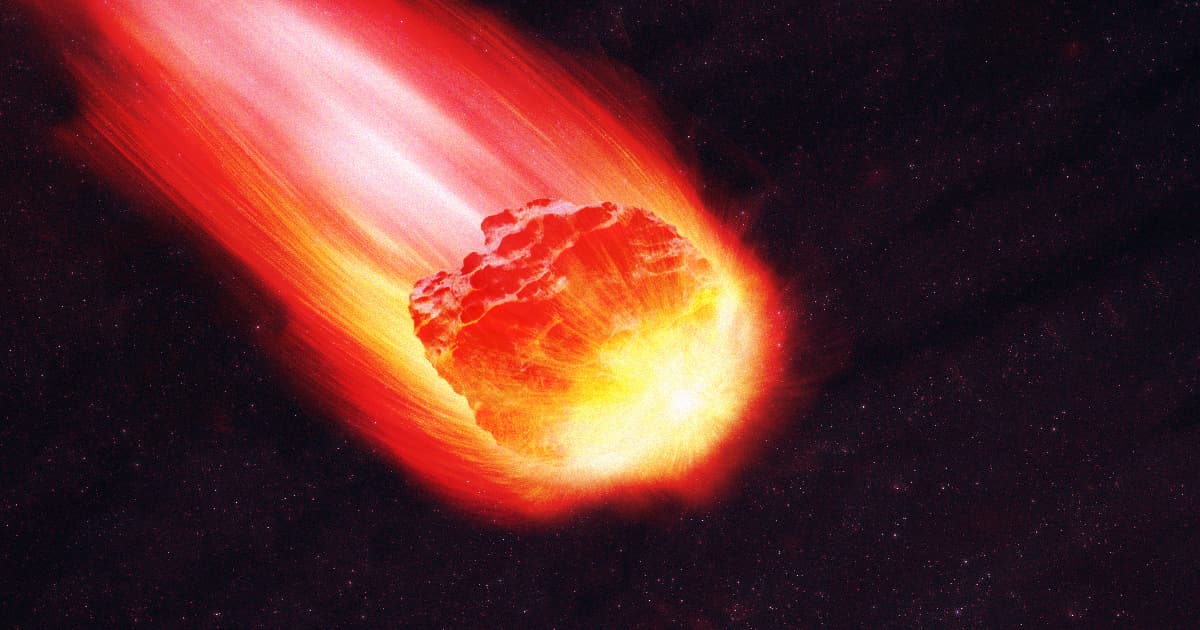 NASA Puzzled by Five Fireballs Over America in One Night

One of them soared through the upper atmosphere at 32,000 mph.

One of them soared through the upper atmosphere at 32,000 mph.

NASA's Meteor Watch confirmed sightings of at least five fireballs soaring through the evening sky over the US last Friday night.

In a Facebook post, the Meteor Watch noted that there were at least 80 eyewitness accounts of a massive fireball soaring over the North Carolina coast, becoming visible at around 7:40 pm.

The giant space rock eventually disintegrated after covering 26 miles through the upper atmosphere at an estimated 32,000 mph. It's unclear from the Facebook post whether a single meteor broke up to form multiple smaller fireballs during its descent, or if multiple fireballs blazed through the upper atmosphere — a spectacular sight nonetheless for those lucky enough to be staring at the night sky at the right time.

"There is more than the usual amount of uncertainty in the trajectory solution due to all the observers being located to the west of the fireball,” reads NASA's post.

There were up to 150 reports of the fireballs across Maryland, South Carolina, Virginia, and West Virgina.

A video linked by Meteor Watch shows one of the massive fireballs burning bright in the distant sky. Several other videos were shared by the American Meteor Society as well.

Fireballs are "exceptionally bright" meteors, burning brighter than the planet Venus in the night sky, according to the American Meteor Society.

"Several thousand meteors of fireball magnitude occur in the Earth’s atmosphere each day," the American Meteor Society's FAQ on fireballs reads. "The vast majority of these, however, occur over the oceans and uninhabited regions, and a good many are masked by daylight."

READ MORE: NASA reports multiple fireballs hurtling through the sky over US [The Hill]