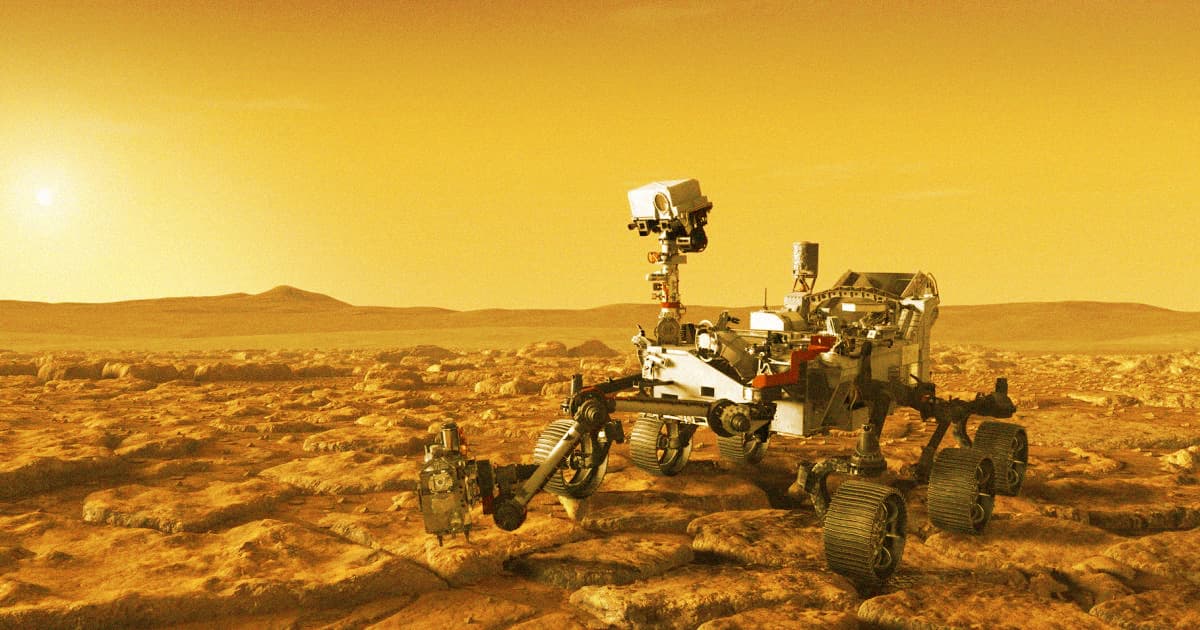 NASA's Perseverance Mars rover just snapped its next incredible selfie — and this time around, it's not just of itself.

The Mars rover managed to include the agency's Ingenuity helicopter in the image as well, which can be seen perched on the ground to the left of the car-sized rover.

Perseverance used the camera attached to the end of its long robotic arm — basically a glorified selfie stick — to take 62 individual pictures, which were then later stitched together into one glorious, wide angle group selfie.

Two bots, one selfie. Greetings from Jezero Crater, where I’ve taken my first selfie of the mission. I’m also watching the #MarsHelicopter Ingenuity as it gets ready for its first flight in a few days. Daring mighty things indeed.

Ingenuity's maiden voyage may just be days away. On Sunday April 11, the helicopter will attempt to hover at ten feet over the surface for up to 30 seconds. Perseverance will be ready to watch and take pictures of the historic event.

Engineers at NASA's Jet Propulsion Lab will then use the images taken by the rover to evaluate the first ever flight on the surface of another planet.

We wish the little helicopter the best of luck.

More on Ingenuity: NASA’s Mars Helicopter Is Online and Just Sent Back a Photo