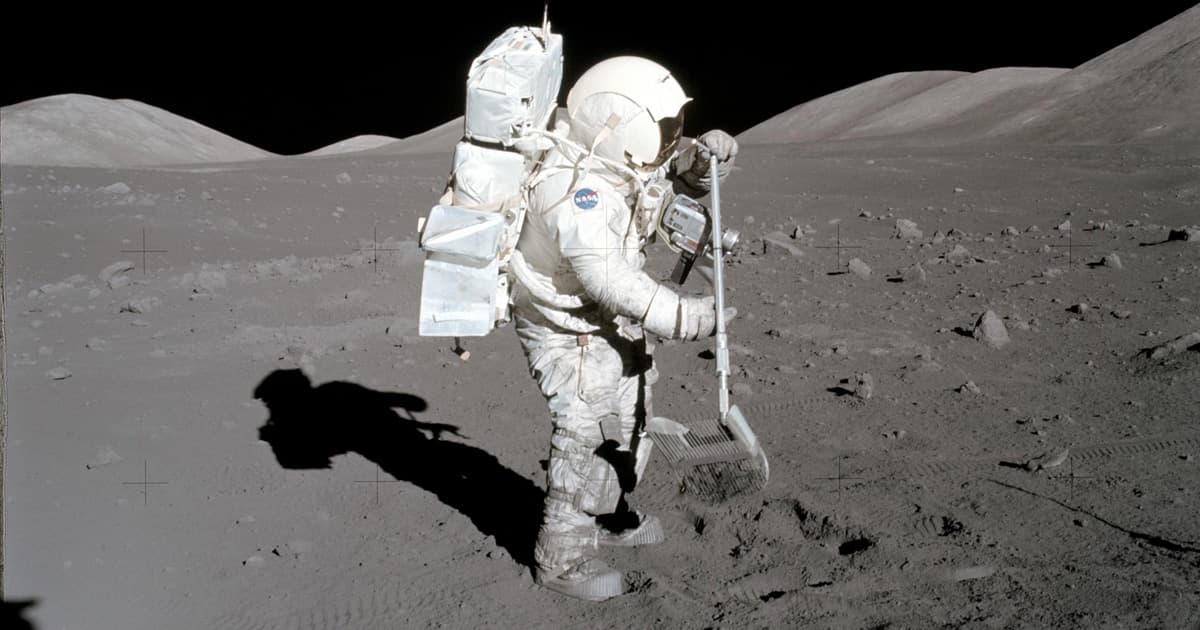 NASA Will Pay This Startup $1 to Collect Moon Dust. Wait, What?

NASA just cut deals with four startups to buy the Moon dust they plan to harvest during upcoming missions, and the space agency is paying top dollar.

In fact, it's paying one of the startups just one single dollar — an eyebrow-raisingly low price in the realm of space travel, where missions can easily run up billion-dollar tabs.

The one-dollar contract is going to a startup called the Colorado startup Lunar Outpost, Agence France-Presse reports. It's not clear how Lunar Outpost got the short end of the stick — two other startups cut similar deals for $5,000 and a third for $15,000. But all four deals share the same symbolic purpose: to show that private companies are allowed to extract lunar resources and that NASA will pay them to do so.

By making the deals, NASA hopes to demonstrate that extracting and using lunar resources is permitted within the constraints of the 1967 Outer Space Treaty, AFP reports.

"The precedent is a very important part of what we're doing today," NASA acting associate administrator for international and interagency relations told AFP.

"We think it's very important to establish the precedent that the private sector entities can extract, can take these resources but NASA can purchase and utilize them to fuel not only NASA's activities," Gold added, "but a whole new dynamic era of public and private development and exploration on the Moon."

Encouraging startups to make use of the Moon's resources is all part of a broader plan to reach Mars, Gold explained.

"We must learn to generate our own water, air and even fuel," Gold told AFP. "Living off the land will enable ambitious exploration activities that will result in awe-inspiring science and unprecedented discoveries."

What's less clear is how any of the contractors will make any money off the endeavor. NASA is providing the startups with payload space for what will presumably be robotic sample collection equipment, but a paltry $15,000 — nevermind the $1 deal — wouldn't come close to covering the development cost.

One possible answer: Just inking a deal with NASA will provide legitimacy to the small space companies, allowing them to pursue other lucrative deals.