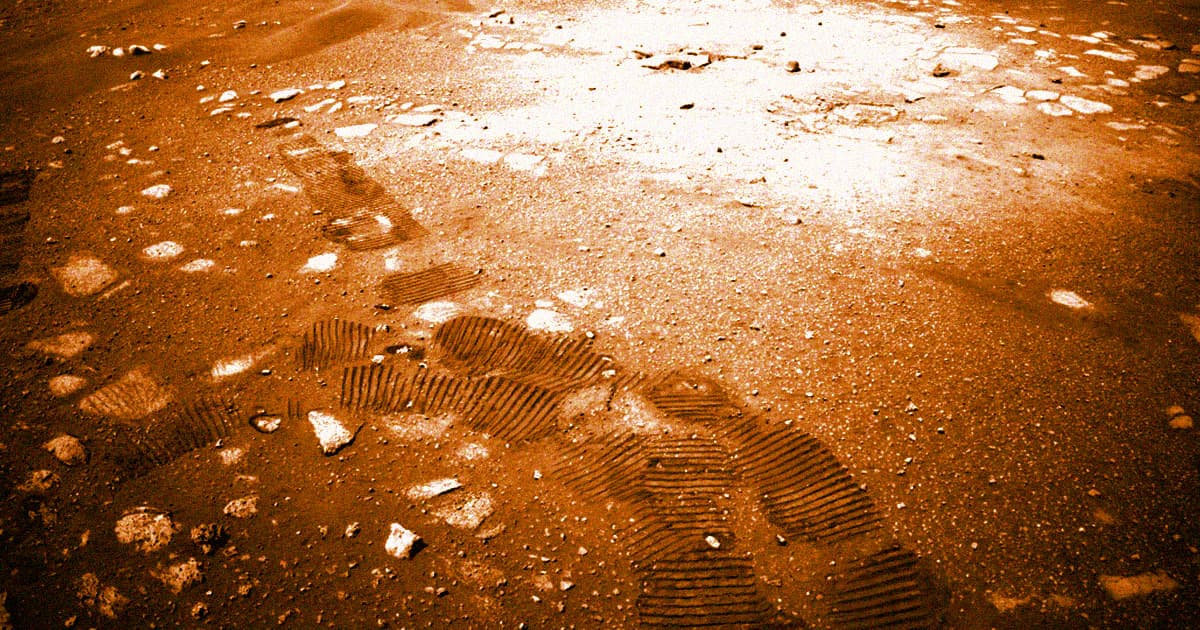 NASA's New Mars Rover Is Officially on the Move

NASA's Perseverance Mars rover is officially on the move.

The rover first landed in the Jezero Crater on February 18. Since then, it's been testing its various scientific instruments and stretching its seven feet-foot arm.

"A quick test of my steering, and things are looking good as I get ready to roll," the industrious robot tweeted from its official Twitter account. "My team and I are keen to get moving. One step at a time."

Over the next two Earth years or so, Perseverance is planning to cover anywhere between three to 12 miles, exploring the surrounding area as it searches for signs of ancient life.

Perseverance's six wheels, roughly 20 inches in diameter, are made of aluminum and feature cleats for traction. NASA made sure to make them more resistant to wear and tear on the Martian surface after the wheels of the rover's predecessor Curiosity's looked worse for wear after spending years exploring the Martian surface.

By Earth standards, Perseverance moves extremely slowly, at only 152 meters per hour, or less than 0.1 mph. But that also means it consumes less than 200 watts, a fraction of the 150,000 watts a 200-horsepower car engine consumes, according to NASA.

A quick test of my steering, and things are looking good as I get ready to roll. My team and I are keen to get moving. One step at a time. pic.twitter.com/XSYfT158AQ