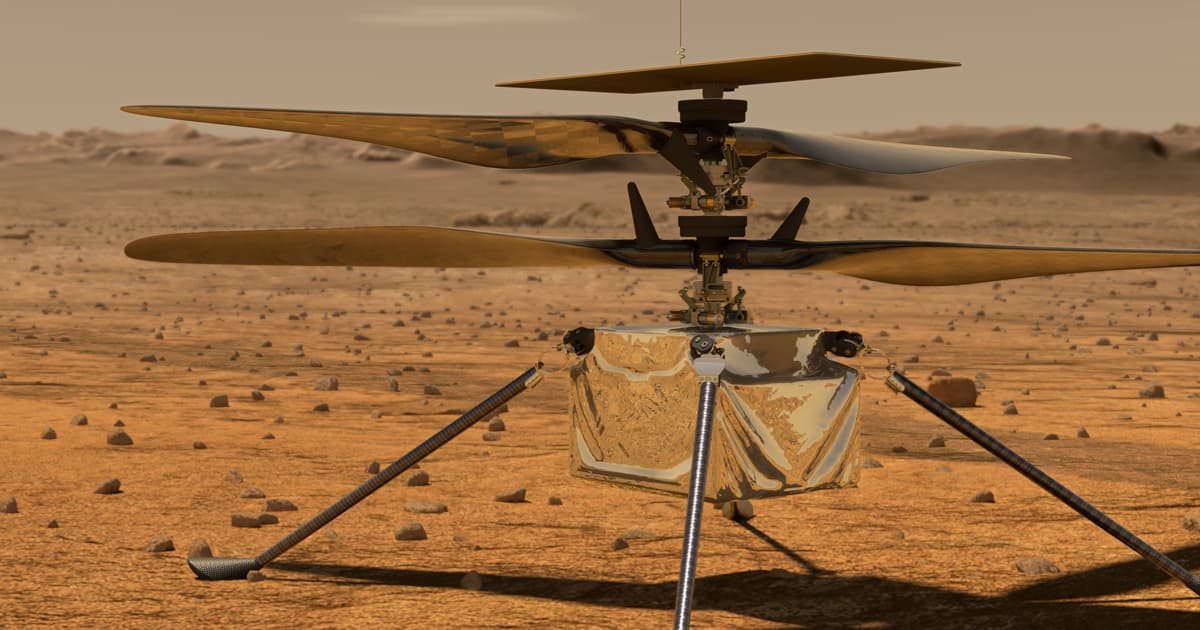 NASA's Mars helicopter Ingenuity was meant to take flight in the early morning hours of Monday, marking the first time a spacecraft has lifted off the surface of another planet.

But now it sounds like we'll have to be a little more patient.

Over the weekend, Ingenuity's team at NASA's Jet Propulsion Laboratory had to delay the mini-chopper's maiden voyage thanks to a software issue.

Now, the engineers have concluded that the four-pound helicopter needs to have its flight control software updated. In other words, our little friends needs a software patch before it can fly.

The update will "will modify the process by which the two flight controllers boot up, allowing the hardware and software to safely transition to the flight state," according to a press release.

The team isn't sure how long the process will take. Completing the uplink to the helicopter, some 280 million miles away, could take some time.

Ingenuity will also be completing a high-speed spin-up test before taking first flight.

"Our best estimate of a targeted flight date is fluid right now, but we are working toward achieving these milestones and will set a flight date next week," the statement reads.

Despite its need for a software update, NASA says Ingenuity is still in good health, with critical functions including thermal controls to survive icy cold nights on Mars working as expected.