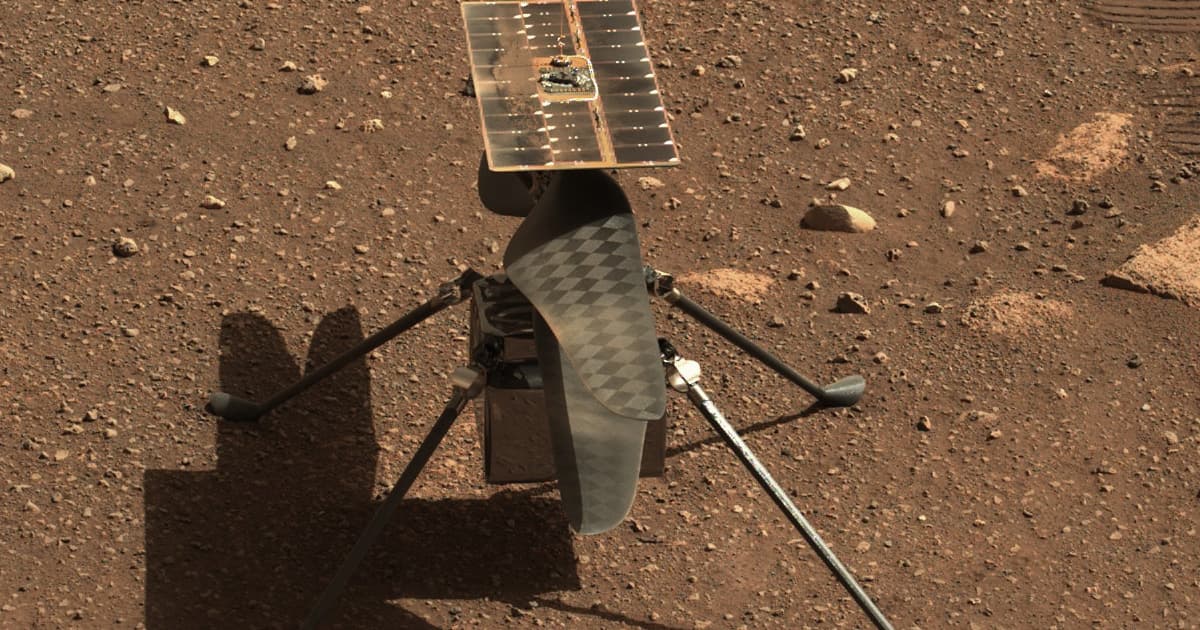 Marscopter Spins up Blades in Preparation for Test Flight

Get ready for action.

Get ready for action.

NASA's Mars helicopter Ingenuity has spun up its blades to a brisk 50 revolutions per minute in preparation for its maiden voyage, which could occur as soon as early Sunday night.

NASA's video stream confirming the test flight results will start at 3:30 am EDT on Monday, April 12.

A low resolution video made up of several images shows the helicopter's two rotocopter blades spinning up, setting the stage for a truly historic moment: the first time a human-made object will attempt to fly on the surface of another planet.

With just a little bit of swing, the #MarsHelicopter has moved its blades & spun to 50 rpm in preparation for first flight! Takeoff is slated for April 11, with confirmation expected overnight into April 12 for us Earthlings. https://t.co/TNCdXWcKWE pic.twitter.com/EpDZymjP13

Ingenuity's much larger cousin, the six-wheeled Perseverance rover, has driven about halfway to the point from where it's planning to watch the spectacle unfold using a zoom lens from a distance of roughly 200 feet. The rover also took the time to snap a quick selfie with the helicopter in the background before setting off.

I’ve driven about halfway to my overlook point, where I’ll watch the #MarsHelicopter’s flight test from a distance of about 200 feet (~60 meters).

I’ll have zoom cameras focused on the flight. Meanwhile, you can see Ingenuity centered in these views from my navigation cameras. pic.twitter.com/fmmgJRLIVg

If all goes well, Ingenuity will hover at roughly ten feet for up to 30 seconds on Monday morning.

Perseverance will take images of the event to be sent back to Earth for evaluation.

If successful, Ingenuity could lay the groundwork for a new era in off-planet exploration. Being able to take to the skies means that we will get an unprecedented look at the surface of not just Mars, but potentially other planets as well.