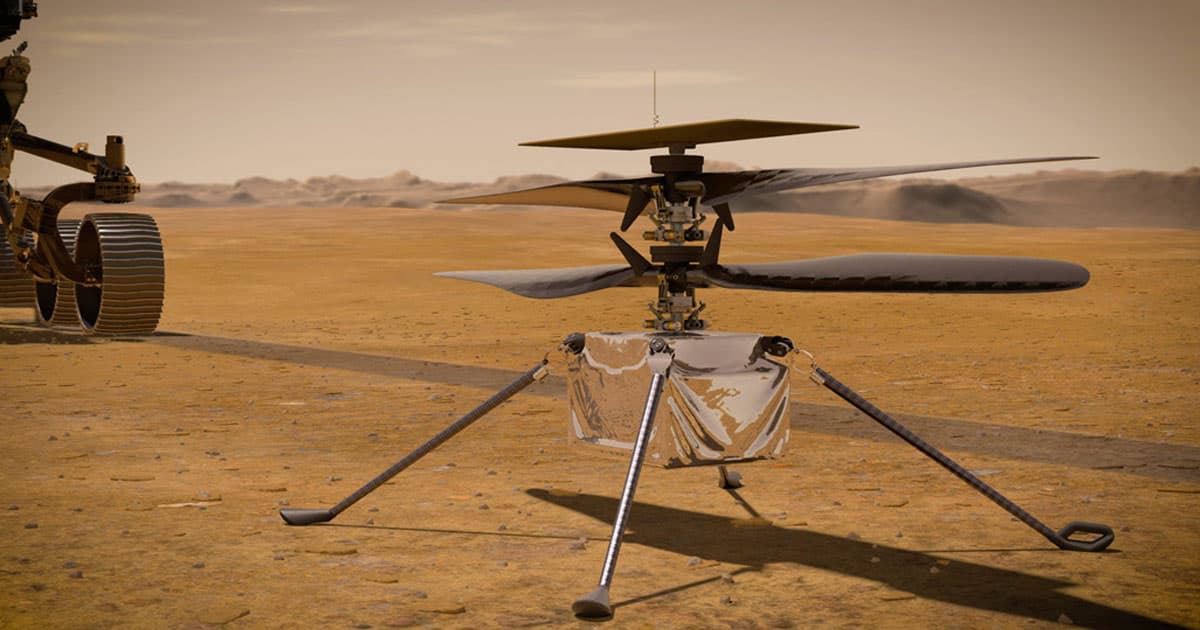 The flight has been rescheduled to occur no earlier than April 14.

The flight has been rescheduled to occur no earlier than April 14.

NASA has delayed the first flight of the Ingenuity Mars Helicopter due to an error detected during a test of its rotor blades on Friday April 9.

The helicopter was originally slated to take off on Sunday. However, it's been rescheduled to take place no earlier than Wednesday April 14 due to an issue discovered during a high-speed spin rotor test, according to a statement released by NASA.

The agency said that Ingenuity is otherwise "safe and healthy," and was able to successfully send telemetry data back to Earth.

The helicopter’s spin test ended early due to a "watchdog" timer expiration as the helicopter’s computer was attempting to transition to flight mode.

"The watchdog timer oversees the command sequence and alerts the system to any potential issues," NASA wrote in the statement. "It helps the system stay safe by not proceeding if an issue is observed and worked as planned."

Flight errors on aircraft are scary — especially when they occur more than 100 million miles away with no real way to physically repair them.

However, this one shouldn’t be too worrying. NASA tends to err on the side of caution with these things to an extreme degree. That’s definitely a good thing, because they want to be as careful as possible when it comes to something of such historic and scientific importance.

Plus, anyone who has ever followed the agency’s work can tell you that the only things assured in life are death, taxes, and delays from NASA missions.

For now, NASA engineers are going to review the telemetry data from the Ingenuity to make sure they fully understand the error that occurred. Based on their findings, they’ll reschedule the full-speed test.

At press time, they have yet to release gate change information after the flight delay.

More on Ingenuity: Marscopter Spins Up Blades in Preparation for Test Flight