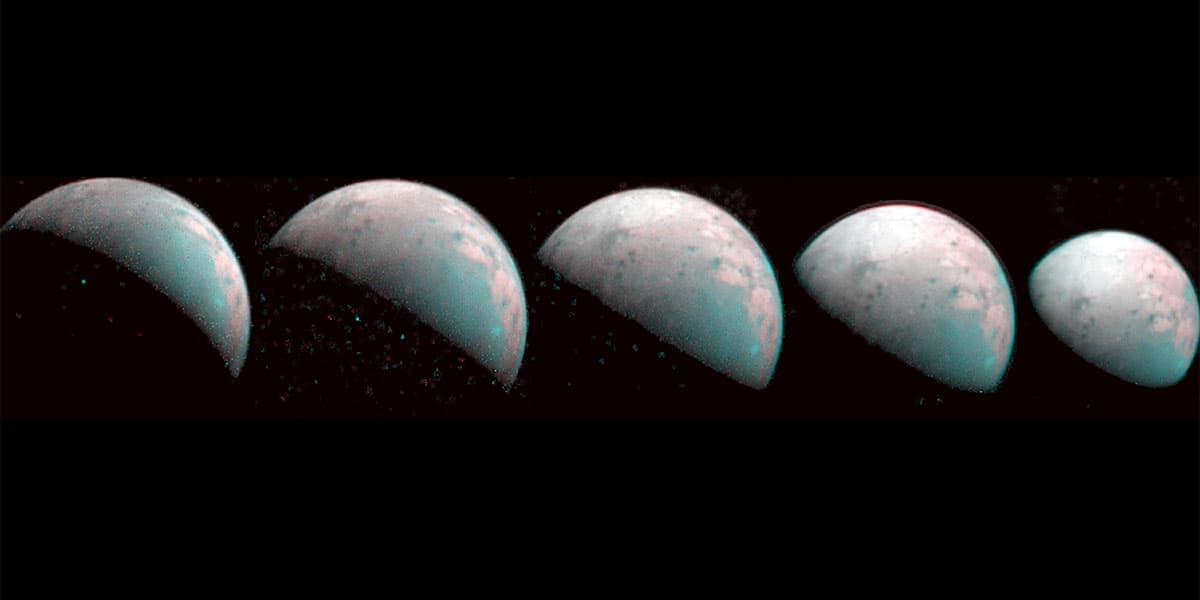 It's so big, it has its own magnetic field.

It's so big, it has its own magnetic field.

It's been ten years since NASA launched its Juno space probe to study Jupiter and its many moons — and its latest  images of the gas giant and its satellites are as stunning as ever.

The map could help us fill in gaps of our knowledge about the massive space rock and help us better understand the giant oceans believed to lurk beneath its shell of ice.

Ganymede is enormous, having a volume larger than Mercury or Pluto. It even has its own magnetic field, making it the only moon to have one.

JIRAM allows Juno to probe deep inside Ganymede's shell, making out details 30 to 45 miles below Jupiter's cloud tops, according to a recent NASA update.

But it can also help us study the makeup of Jupiter's other 79 moons as well, particularly its Galilean moons Europa, Ganymede, and Callisto.

During its July 20 flyby, it came within just 31,136 miles of Ganymede's surface. It got the first-ever glimpse of Ganymede's north polar region and was able to study how its composition changes between low and high latitudes.

Despite its size and magnetic field, Ganymede doesn't have an atmosphere and is extremely vulnerable to the hostile space environment.

"We found Ganymede’s high latitudes dominated by water ice, with fine grain size, which is the result of the intense bombardment of charged particles," said Alessandro Mura, a Juno co-investigator from the National Institute for Astrophysics in Rome, in NASA's update.

"Conversely, low latitudes are shielded by the moon’s magnetic field and contain more of its original chemical composition, most notably of non-water-ice constituents such as salts and organics," he added.

It's a stunning conclusion to ten years of space exploration. Juno's next targets are Jupiter's north pole, as well as its moons Europa and Io — so stay tuned for more stunning images.