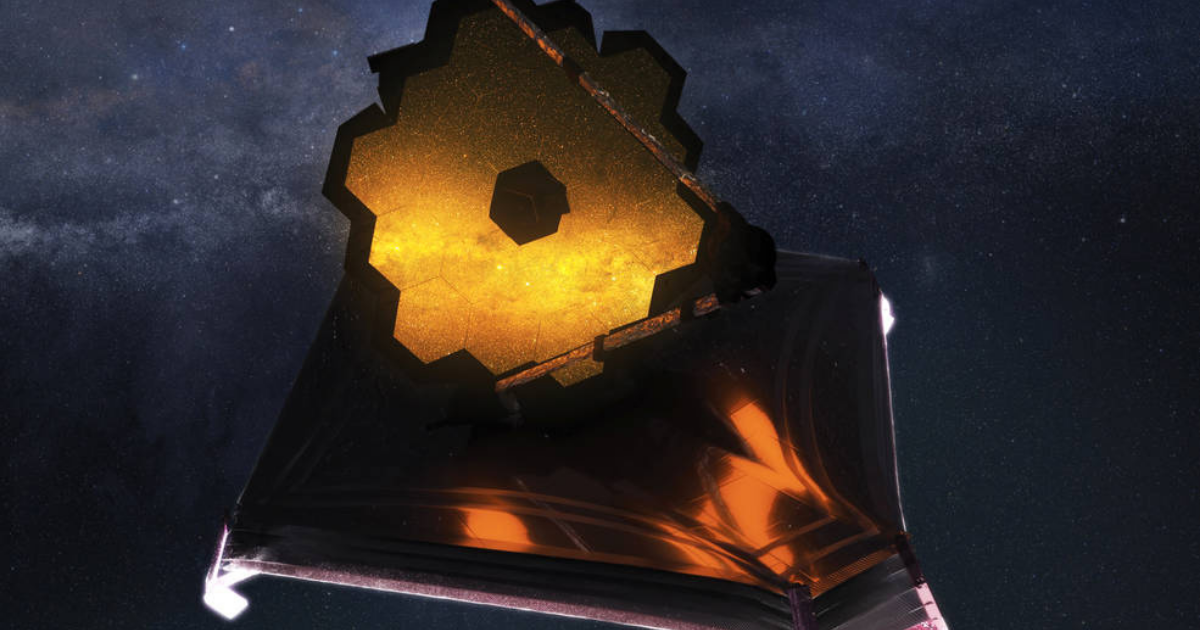 Space is a dangerous place.

Space is a dangerous place.

NASA's largest space telescope may also have to be one of the toughest if it's to survive all the space debris slamming into it. Scientists say the James Webb Space Telescope, just days shy of the estimated date it'll return its first official images, will get hit by a micrometeorite every month.

A Nature report published Friday said scientists are on high alert for potential impact following a micrometeorite strike in May that was much bigger than expected. While the telescope's functions weren't impaired, the pub says researchers were forced to question whether their initial risk calculations were actually true. When NASA began designing the Webb its researchers estimated the giant mirrors might be hit once per month, and that damages would be small.

"Time will tell whether that last impact was just kind of an anomaly," Mike Menzel, Webb’s lead systems engineer, said during a news briefing in June.

In space, Nature says particles regularly travel about as fast as a speeding bullet. Although many of the micrometeorites and other bits of space dust that attack the Webb are relatively small, almost anything is dangerous when it's going that fast.

The good news is that scientists can adjust the Webb's golden-plated mirrors with incredible accuracy and use maneuvers that protect it from larger trails of debris. It's a skill that's long been required for the International Space Station, which is basically covered in dings now and has had to swerve out of the way to avoid being hit before.

Like the ISS, small damages will accumulate on the Webb's mirrors over time, but many if not most of the issues that creates can be adjusted for in the years to come.

More on the James Webb: Scientists Say New James Webb Images So Powerful It Was Emotional Just Looking At Them