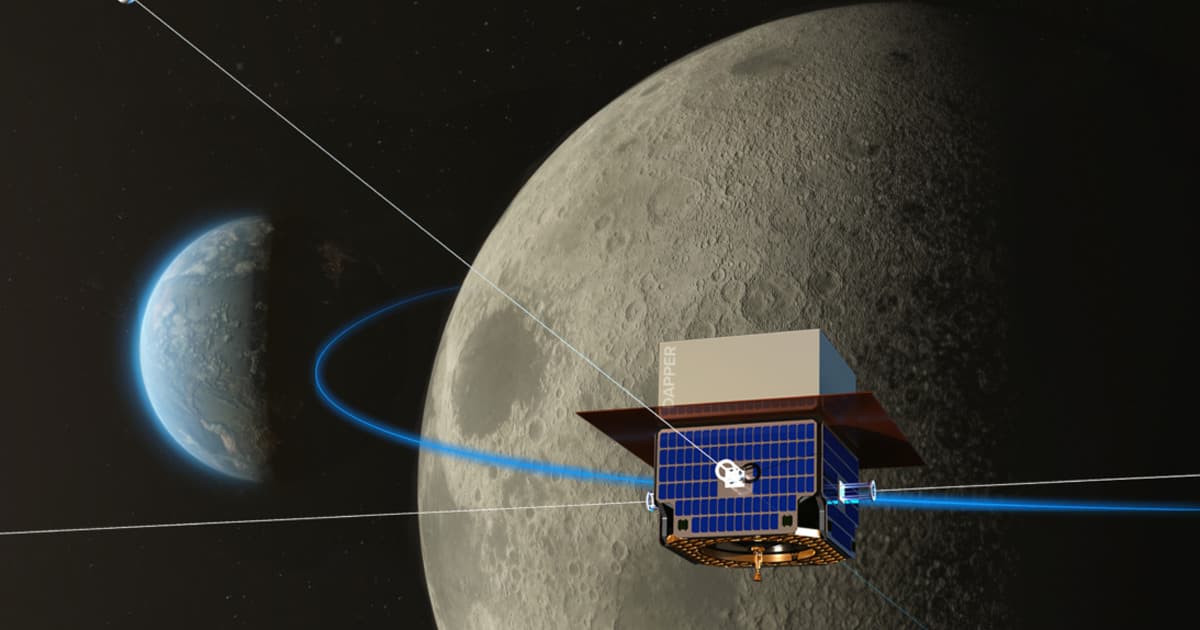 The mission will probe the "dark ages" of the universe — before any stars formed.

The mission will probe the "dark ages" of the universe — before any stars formed.

NASA and the National Radio Astronomy Observatory (NRAO) are launching a spacecraft to the far side of the Moon so that they can look back into the very first days of the universe.

In particular, the spacecraft DAPPER will hunt for radio signals given off during the "dark ages" of the universe, or the era 380,000 years after the Big Bang when there were no stars or galaxies to light up the universe, according to a press release. If it finds them, DAPPER could give us a new level of understanding of how stars formed in the first place.

Unfortunately, any ancient radio signals around would be incredibly faint, so DAPPER has to go all the way to the dark side of the Moon to block out all the radio chatter from Earth.

"No radio telescope on Earth is currently able to definitively measure and confirm the very faint neutral hydrogen signal from the early universe, because there are so many other signals that are much brighter," NRAO senior research engineer Richard Bradley said in the release.

It will still be several years before DAPPER, which still needs to be designed, is ready to launch. But that makes it a perfect project to piggyback on the back of Artemis, NASA's series of Moon missions that plans to eventually send humans to the Moon in 2024.

"DAPPER's contributions to the success of NASA's [Artemis] mission will build on the rapid growth of space-based radio astronomy research we've seen over the past decade," NRAO Director Tony Beasley said in the release.

More on the early universe: Evidence Suggests That the Entire Early Universe Was Rotating