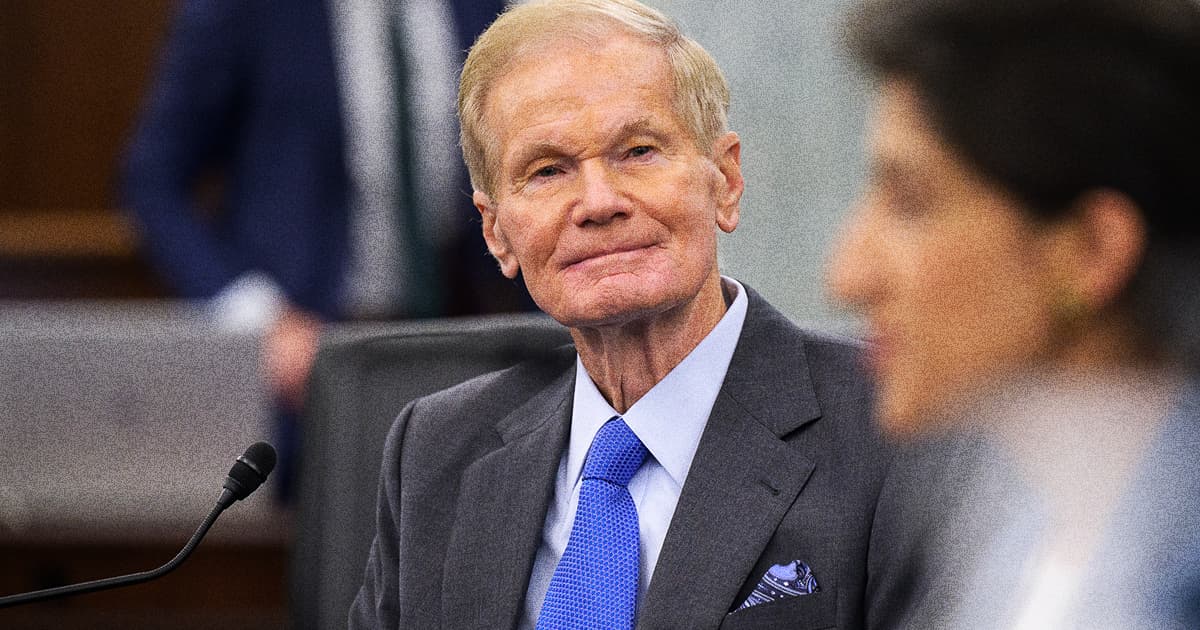 "…you can only get so many pounds of potatoes out of a five-pound sack."

"…you can only get so many pounds of potatoes out of a five-pound sack."

Finally, after an exhausting amount of controversy and protest surrounding NASA's decision to contract SpaceX to use its Starship spacecraft for the Artemis Moon missions, it seems like those projects can finally move forward.

The main problem now is that NASA Administrator Bill Nelson is still butting heads with members of Congress, Ars Technica reports, saying its high expectations are unreasonable giving that it only awarded a fraction of NASA's requested budget.

"The Congress appropriated $850 million," Nelson said during a Wednesday hearing with the House Committee on Science, Space, and Technology, according to Ars. "And so you can only get so many pounds of potatoes out of a five-pound sack. If you all are generous... then we're going to try to rev it up."

Before we can get into how things got so contentious, here's a quick recap.

At the hearing, Nelson told members of Congress that he expects a decision from the Government Accountability Office on whether or not NASA needs to consider a second contractor — likely Blue Origin since the Jeff Bezos-owned company has been protesting SpaceX's contract — for a Human Landing System for the Artemis missions, according to Ars. Once that decision comes through, NASA can establish a specific Artemis timeline that will, for the first time, have tangible budget expectations and costs attached.

But now, the problem is that Congress and Nelson are both pointing fingers — in different directions — over why NASA's budget is so much lower than what it asked for. NASA requested $3.3 billion to select and develop two landers in 2021. When Congress only gave NASA $850 million, the agency decided to only go with SpaceX because it was the cheapest option.

Now, members of Congress like Brian Babin of Texas are trying blaming the White House for the low budget by pointing out that President Biden's budget request for a Human Landing System was only $1.2 billion, according to Ars. That would be a considerable decrease from NASA's ask — except it's still 50 percent more than what Congress decided to allocate.

And that, as Nelson implied at the hearing, is just small potatoes.