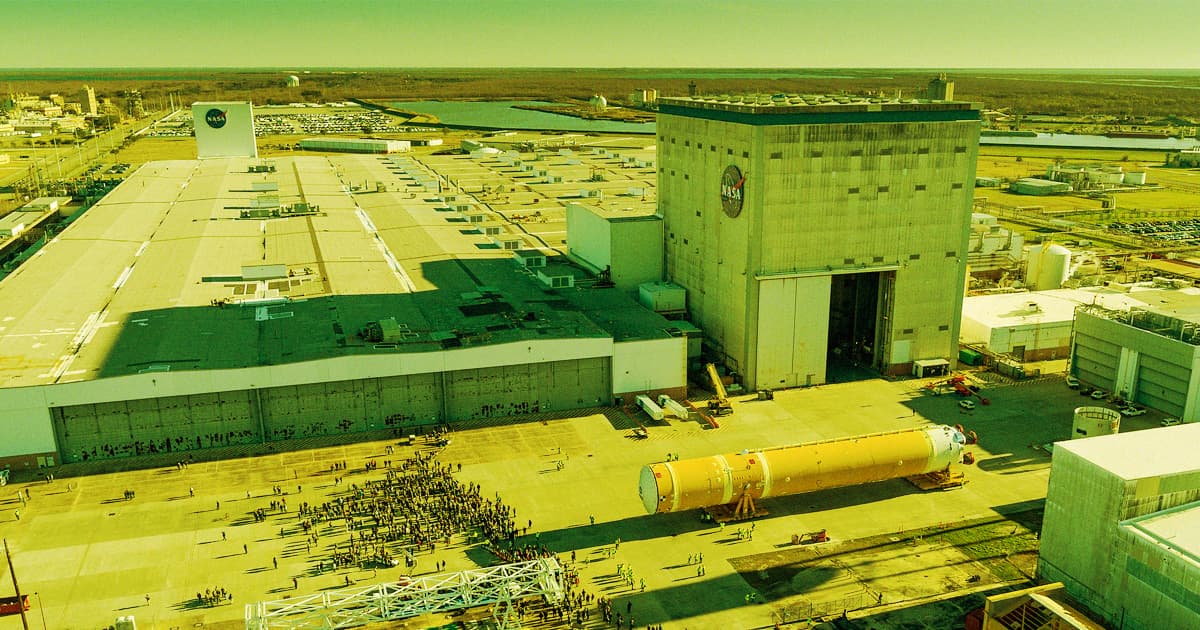 "They’ve got holes in the roof where they’re putting together the core of the SLS."

"They’ve got holes in the roof where they’re putting together the core of the SLS."

NASA's brand-new leader, Bill Nelson, met with Congress this week to plead for an additional $11 billion — that's billion with a "b" — to get Americans back onto the surface of the Moon by 2024.

Buried in his remarks, though, was an eyebrow-raising admission: the Michoud Assembly Facility, where NASA is assembling its heavy-lift, lunar mission launching Space Launch System, has literal holes in the roof.

"They’ve got holes in the roof where they’re putting together the core of the SLS," he said, according to SpaceNews. "You all can really, really help us."

It's not clear what specific damage Nelson was referring to, but the facility has sustained damage several times over the years, including during Hurricane Katrina. More recently, in 2017, a tornado struck the facility and tore holes in the roof and walls.

"You could see it come in the parking lot," Stephen Doering, a NASA employee working on SLS, told the Washington Post at the time. "It took about a half a dozen cars and picked them up and knocked them over like rag dolls."

Regardless of where the specific holes Nelson referenced came from, though, one thing is clear: the new head of NASA knows how to tell a story when he's asking for money. And if that gets NASA back to the Moon and beyond, that might be exactly the skillset he needs.