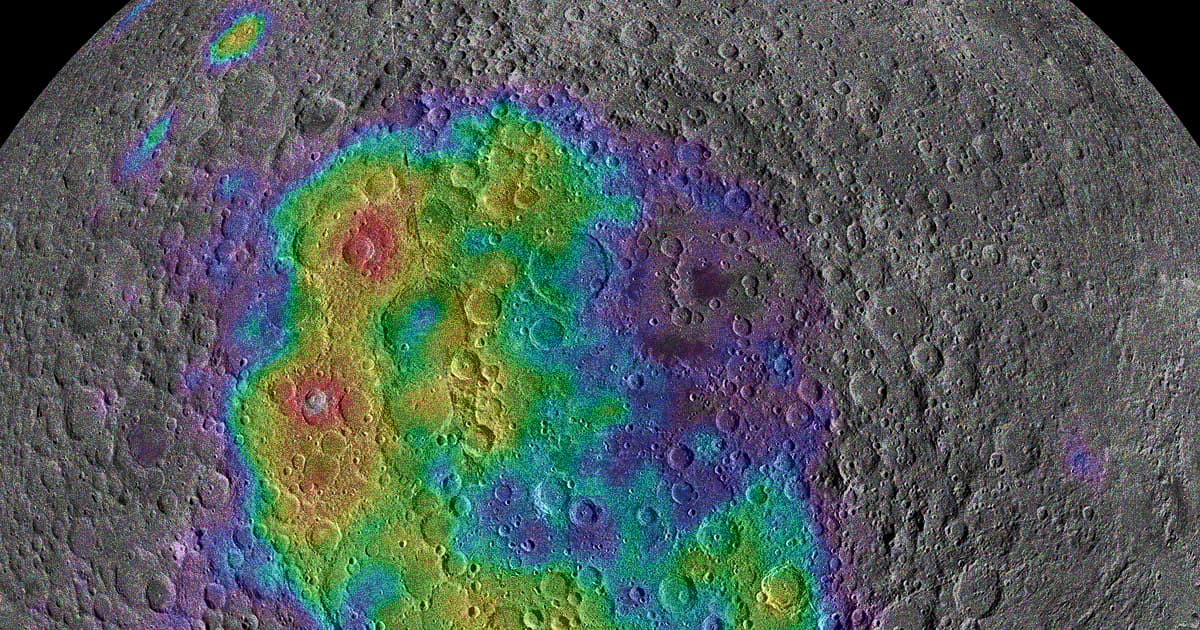 NASA Scientists Want to Obtain "Fragments" From Deep Inside Moon

NASA wants to find and study pieces of lunar mantle that bubbled to the surface.

NASA wants to find and study pieces of lunar mantle that bubbled to the surface.

The Moon looks a lot like a barren, lifeless rock, but NASA scientists have learned that geological activity seems to have brought chunks of rock and mineral from deeper lunar layers up to the surface — and they want to get their hands on them.

NASA wants to obtain and study "fragments" of the Moon's mantle that churned their way up to the surface — and, thanks to research published Tuesday in the journal Nature Communications, they now have a pretty good idea of where to look.

Studying the inner layers of the Moon presents scientists with a rare chance to uncover how various space rocks and planets, including our own, first formed and evolved, so the space agency is hoping to take advantage of the opportunity with future sample collection missions.

In the study, the NASA researchers describe a process by which rocks that initially sank to the Moon's mantle earlier in history are now either trapped or forced back up to the surface by more dense rocks that took longer to solidify from the Moon's ancient magma ocean.

"This leads to an unstable situation with light material near the bottom of the mantle trying to rise while heavier material closer to the top descends," Moriarty added. "This process, called 'gravitational overturn,' does not proceed in a neat and orderly fashion, but becomes messy, with lots of mixing and unexpected stragglers left behind."

These chunks of resurfaced mantle, which seem to be particularly prevalent around the Moon's south pole, would prove to be an invaluable target for future sample return missions. The researchers say they could provide insight into previously unexplored layers of the Moon and give scientists a whole new depth of understanding when it comes to how the Moon took shape in the first place.

More on the Moon: China Discovers "Unusual" Shard on Far Side of the Moon