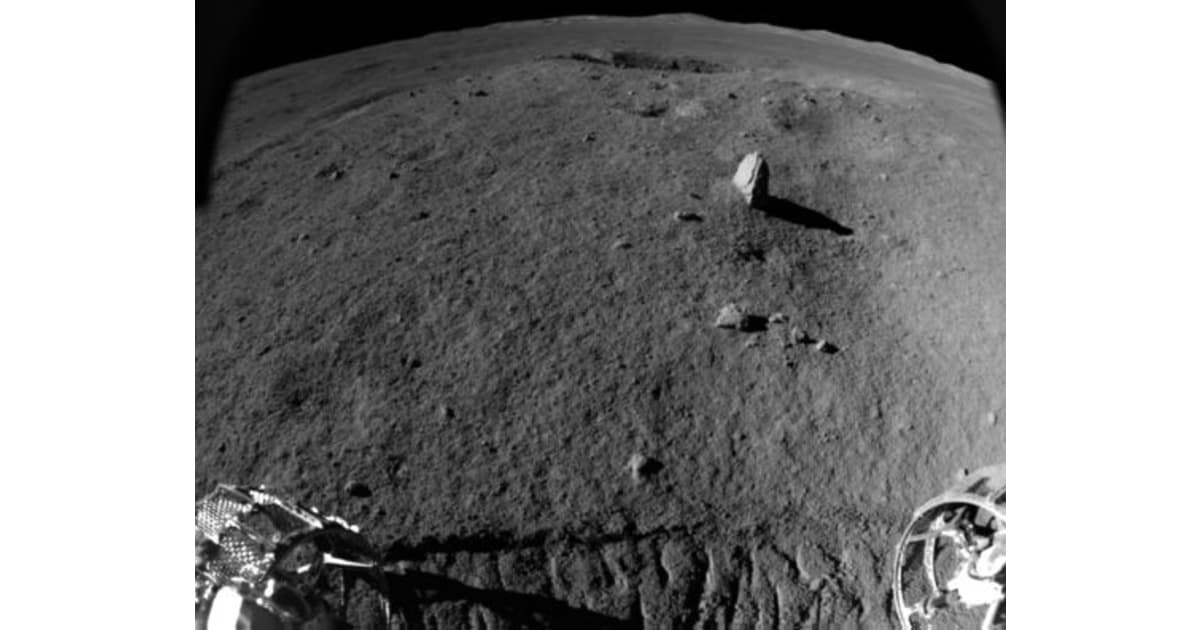 China Discovers “Unusual” Shard on Far Side Of The Moon

"It seems to have a shard-like shape and is sticking out of the ground."

"It seems to have a shard-like shape and is sticking out of the ground."

A Chinese rover has discovered an unusually-shaped rock, suspected to be a piece of a meteor, wedged into the surface of the Moon.

According to Space.com, China’s Yutu-2 rover made its discovery on the far side of the Moon. The elongated shard was described as a "milestone" by the China National Space Administration's (CNSA) science outreach channel Our Space — and it stands out as the latest example of the fact that the long-observed lunar surface can still hold surprises for intrepid explorers.

What has lunar scientists most excited by the object is its shape, which stands out from most other rocks on the Moon.

"It seems to have a shard-like shape and is sticking out of the ground," Dan Moriarty, a NASA postdoctoral program fellow at the Goddard Space Flight Center, told Space.com. "That’s definitely unusual."

According to Moriarty, typical lunar rocks are rounded due to "forms of weathering on the lunar surface."

Next, CNSA researchers plan to inspect the rock further using the rover's visible and near-infrared imaging spectrometer to analyze its material composition.

Further analysis is needed to determine a more precise origin. For now, though, Moriarty hypothesized to Space.com that the rock is a fragment of a meteor impact — a reminder that the desolate surface of the Moon is a living geological environment that continues to be shaped by brutal asteroid impacts.