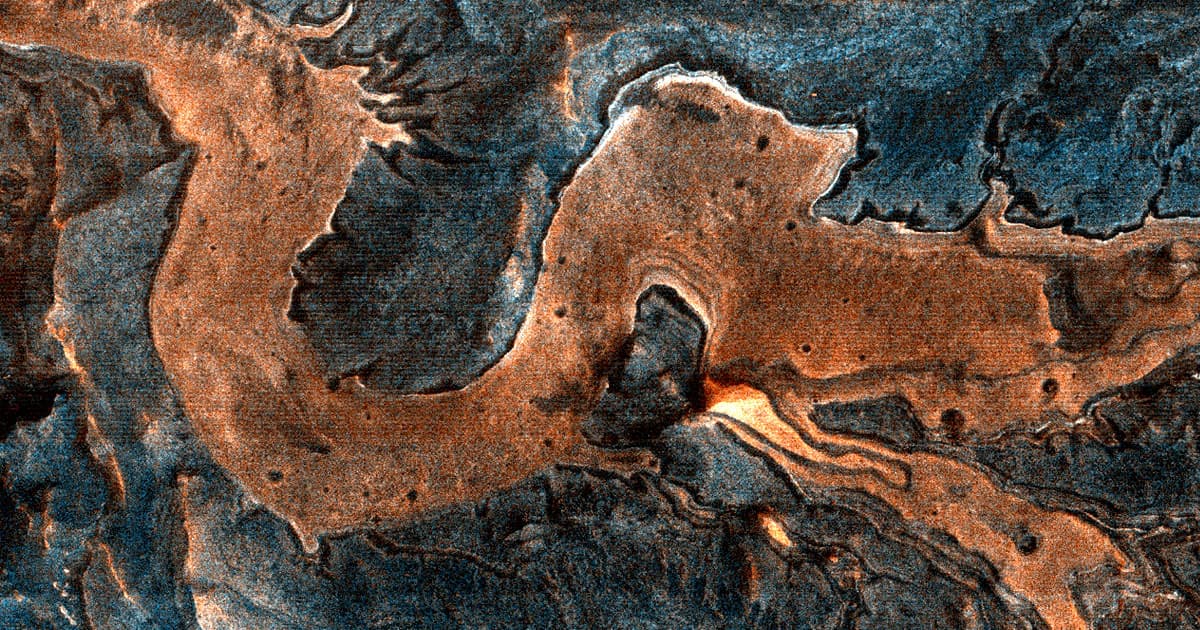 Year of the Dragon

NASA spotted a “dragon” in an image taken by the University of Arizona’s HiRISE camera, attached to NASA’s Mars Reconnaissance Orbiter.

The Orbiter has been sending back invaluable information about the Red Planet’s surface since it first reached Martian orbit back in 2006.

“We rotated this image of light-toned blocky material in southwestern Melas Chasma because from this perspective, it resembles a fabled Chinese dragon,” reads a Saturday tweet by HiRISE’s official Twitter account.

We rotated this image of light-toned blocky material in southwestern Melas Chasma because from this perspective, it resembles a fabled Chinese dragon.

It’s not the first unusual shape NASA has spotted on the Martian surface. In 2018, the orbiter’s camera spotted what looked like a Pac-Man in mid-gobble. Last year, it spotted a dune in the shape of the “Star Trek” Starfleet insignia.

The lighter, reddish channel is the floor of Mars’ Melas Chasma, a massive canyon that cuts through what is thought to be the remains of an old lake bed.

“Along the floor of Melas Chasma is an unusual blocky deposit composed of light-toned blocks in a darker matrix,” reads a University of Arizona blog post. “The high resolution of the HiRISE image reveals layers only a few meters thick in some of the light-toned blocks. The blocks vary in size but most fall between 100 to 500 meters in diameter.”

Overloaded
Whiny Space Tourists Say They Were Too Busy on the Space Station
May 14
Read More
The Moonian
Senior NASA Official Fears Getting “Stuck” on the Moon
May 4
Read More
Into Darkness
Inside NASA’s Bold Proposal to Probe the Mysteries of Dark Matter
Mar 11
Read More
+Social+Newsletter
TopicsAbout UsContact Us
Copyright ©, Camden Media Inc All Rights Reserved. See our User Agreement, Privacy Policy and Data Use Policy. The material on this site may not be reproduced, distributed, transmitted, cached or otherwise used, except with prior written permission of Futurism. Fonts by Typekit and Monotype.