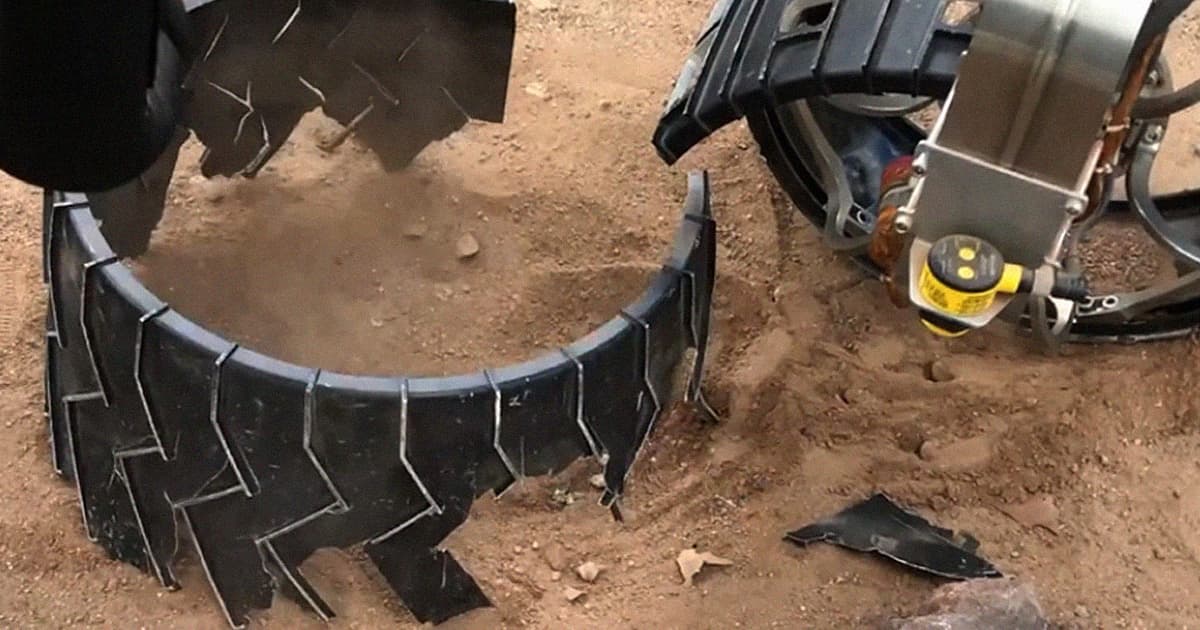 Over the course of its nearly decade-long stay on Mars, NASA's Curiosity rover team has considered making a couple of unusual modifications to the robot's structure.

Driving around on Mars for that long has been pretty rough on Curiosity's wheels. And as the damage worsens over the coming years, the NASA crew might decide to steer Curiosity into a sharp rock in order to rip out its own wheels, IEEE Spectrum reports. That way, there's less of a chance that the damaged pieces end up breaking Curiosity's wiring or other components, bringing the whole mission to a halt.

Thankfully, IEEE Spectrum reports that even the most damaged of Curiosity's wheels could survive for another decade or more before they need to be removed. That's based on NASA's predictions for how much driving the rover will do over the coming years, coupled with a recent effort to stick to gentler terrain as much as possible.

"Since other mitigations that the team has put in place are extending wheel life predicts further and further into the future, it is unlikely that we will need to perform a wheel shed maneuver," Curiosity team member Evan Graser told IEEE Spectrum. "There's always a chance of reaching the end of a wheel's life during the mission, but we're many years away from even needing to make the decision whether to pursue shedding further."

The big question is whether NASA's newest Mars rover, Perseverance, will face the same risks. Graser told IEEE Spectrum that NASA was well aware of the damage to Curiosity's wheels before Perseverance left Earth, so engineers were able to build far more resilient wheels that should last a lot longer.

But maybe, someday, if Perseverance happens to last for years and years as well, we may someday see it scooting along the Martian landscape with some shredded up wheels left behind in its dust.

READ MORE: If Necessary, Mars Rover Curiosity Could Rip Its Own Wheels Off to Stay Mobile [IEEE Spectrum]