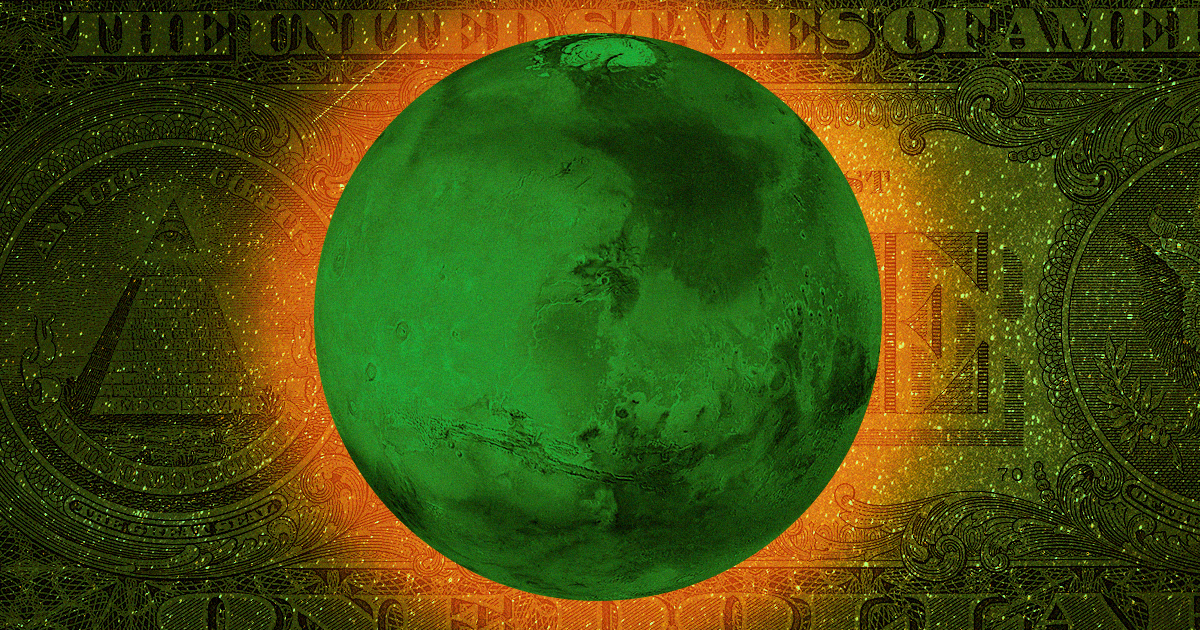 Former NASA Chief Scientist: Humans Could Be on Mars in Five Years

But that doesn't mean she thinks NASA should accelerate its timeline.

But that doesn't mean she thinks NASA should accelerate its timeline.

NASA's current goal is to put humans on Mars sometime in the 2030s.

But according to Ellen Stofan, former chief scientist of NASA, the agency could reach that milestone much sooner.

"We could go in five if we really tried," she claimed in a recent interview — but that doesn't mean she thinks NASA should accelerate its timeline.

Stofan made her assertion during an interview on Vox's "Today, Explained" podcast published on Monday. In it, she noted that the accelerated timeline would be possible if the U.S. "spent the money" to make it happen.

Her comments come less than two months after former White House aide Cliff Sims' claim that Trump offered NASA an unlimited budget in 2017 if the agency could make it to Mars before his first term as president ended in 2020.

Then-acting NASA administrator Robert Lightfoot Jr. reportedly told Trump that wouldn't be possible — and while Stofan thinks the U.S. could put humans on Mars by 2024, she doesn't think that should be the nation's goal.

"Is that a good investment or is it better to do it in 10, 15, 20 years and spend the money at a more moderate pace which fits in with the U.S. federal budget?" she asked. "That's the path that we're on and the path I think we should be on."

As for why we need to put humans on Mars in the first place, Stofan told "Today, Explained" that most of our study of Mars so far has been about "following the water," but we're now approaching the point where we need humans to pick up where our rovers and spacecraft have left off.

"Now we're really looking for signs of ancient life," Stofan said, "and as we do that more and more, we're going to need really smart, really flexible, really creative things on the surface to really break open a lot of rocks and find those ancient fossils. And I would argue that creative flexible thing is a person."

More on Mars: NASA Leader: First Human on Mars “Likely to Be” a Woman