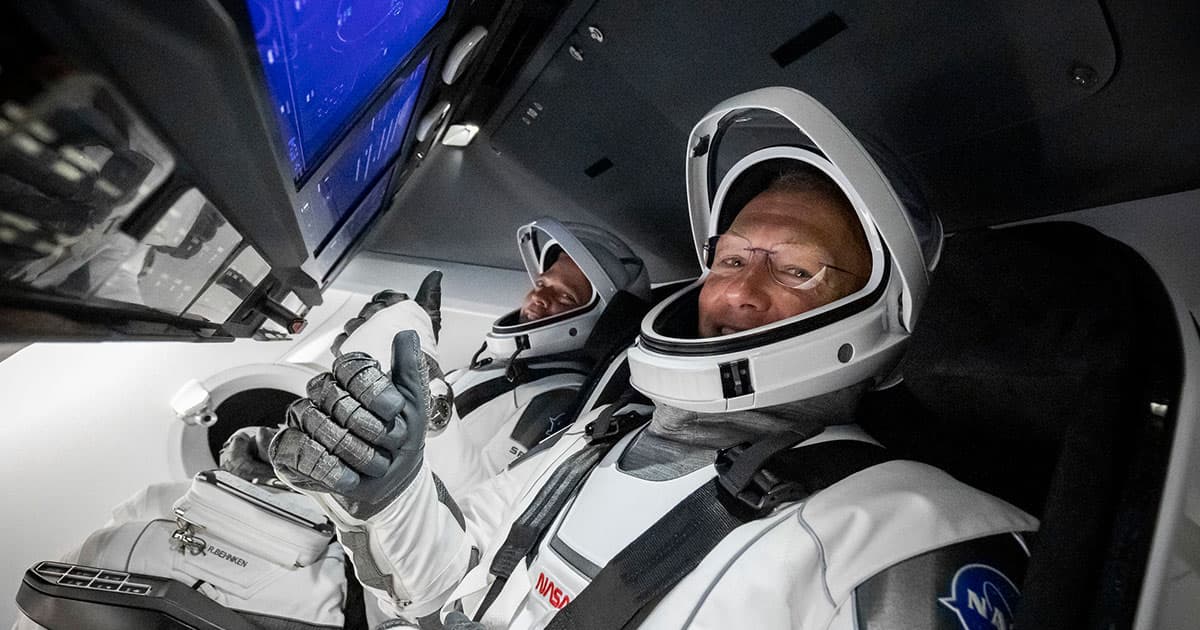 Bored Inside Their Spacecraft, NASA Astronauts Made Prank Calls to Pass the Time

While NASA astronauts Bob Behnken and Doug Hurley were bobbing in the Gulf of Mexico, trapped inside SpaceX's Crew Dragon capsule for hours on Sunday, they figured they'd pass the time by making several prank calls, The New York Times reports.

"Five hours ago we were bobbing around in a spacecraft making prank satellite phone calls to whoever we could get ahold of," Doug Hurley said, in one of the best post-landing quotes ever. pic.twitter.com/MhlEW26O1g

Hurley admitted at a press conference that the rollercoaster-like return journey through the Earth's atmosphere was "a lot to process," but joked that the two of them kept themselves busy while waiting inside the capsule by "making prank satellite phone calls to whoever we could get a hold of," as quoted by the Times. "Which was kind of fun, by the way."

On social media, several NASA employees reported that they had been the recipients of the astronauts' prank calls.

I recieved one of these calls at the flight director console. It started with an opening line like "Hi it's Doug and Bob and we're in the ocean." I think my response was "Yeah, I can see that." https://t.co/Posn3RdQM9

Exactly! On my phone it said "Spam Risk". Glad I answered anyway! https://t.co/1WmMpQAL3P

The astronaut also told reporters that the phone bill should be sent to SpaceX CEO Elon Musk.

Musk was relieved to see that both NASA astronauts made it back to the surface on Sunday after spending 62 days in space.

"I’m not very religious, but I prayed for this one," Musk said during the press conference following splashdown.

Sunday's landing completed SpaceX and NASA's Demo-2 mission, which also marked the first time a for-profit group has successfully launched human astronauts to the space station and back inside a commercial spacecraft.

READ MORE: ‘Thanks for Flying SpaceX’: NASA Astronauts Safely Splash Down After Journey From Orbit [The New York Times]

More on the landing: More Than a Dozen Private Boats Came Out to Greet SpaceX Astronauts After Splashdown