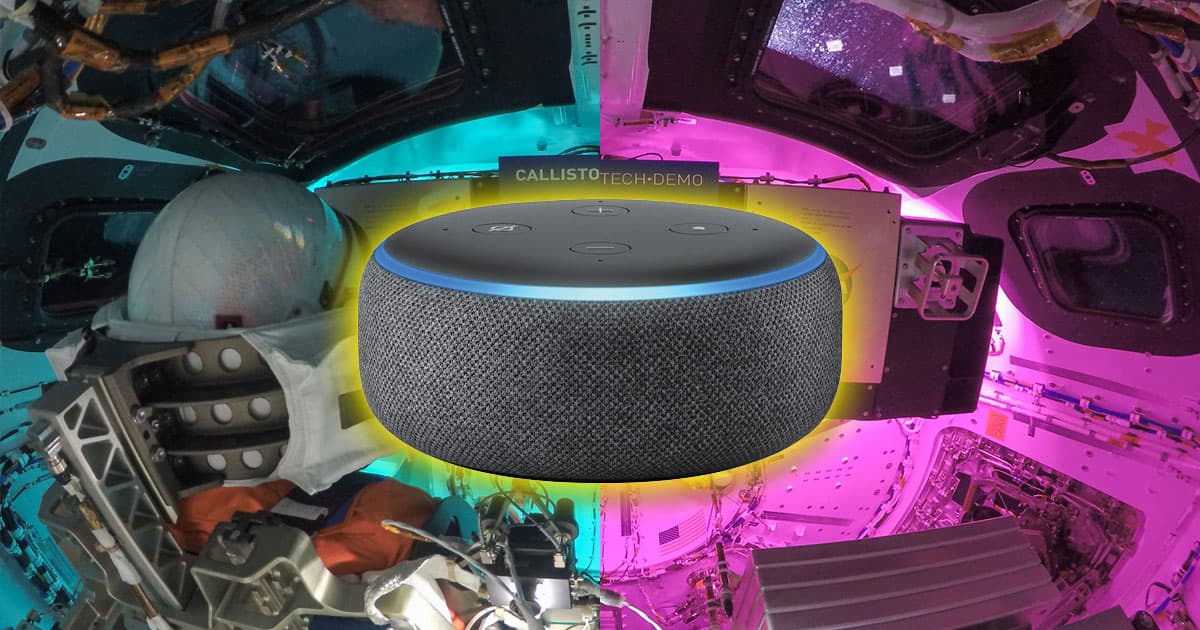 In space, nobody can hear your blatant product placement.

Lockheed Martin, which built the Orion capsule currently making a tour around the Moon as part of NASA's debut Artemis mission, showed off an Amazon Alexa-enabled "party mode" on the spacecraft in a video that failed to go viral.

The video shows an Earth-based scientist say "Alexa, party mode" through a small speaker on board the spacecraft, prompting the digital voice assistant to engage "celebration lighting," a tacky display of flashing RGB lights.

All told, we can't help but feel it's a gimmick meant to build business relationships rather than meaningfully improving the astronaut experience.

That's especially ironic given the fact that the voice assistant industry is in serious trouble right now. Alexa itself recently turned out to be a massive $10 billion money pit for Amazon, getting hammered by serious layoffs this month.

A payload on board the uncrewed Orion spacecraft called Callisto was outfitted with both an Alexa speaker as well as an iPad, featuring video conferencing software developed by Cisco Systems.

It's meant to test new ways for astronauts to stay in touch with folks back on Earth while they travel to the Moon and back, a journey that can take weeks. It could also theoretically serve as a way to entertain astronauts as they spend weeks zipping through outer space — and that includes changing up the lights to brighten the mood.

"If you're not controlling the lights with your Alexa, you're really not even hitting the minimum bar for success," Lockheed Martin VP Rob Chambers told Bloomberg.

But whether an Alexa speaker will add any real value to the missions remains to be seen — after all, the novelty of fart noises and other dad jokes wears off pretty quickly.

More on Orion: Amazing Artemis Photo Shows Every Human, Alive or Dead, Plus the Moon