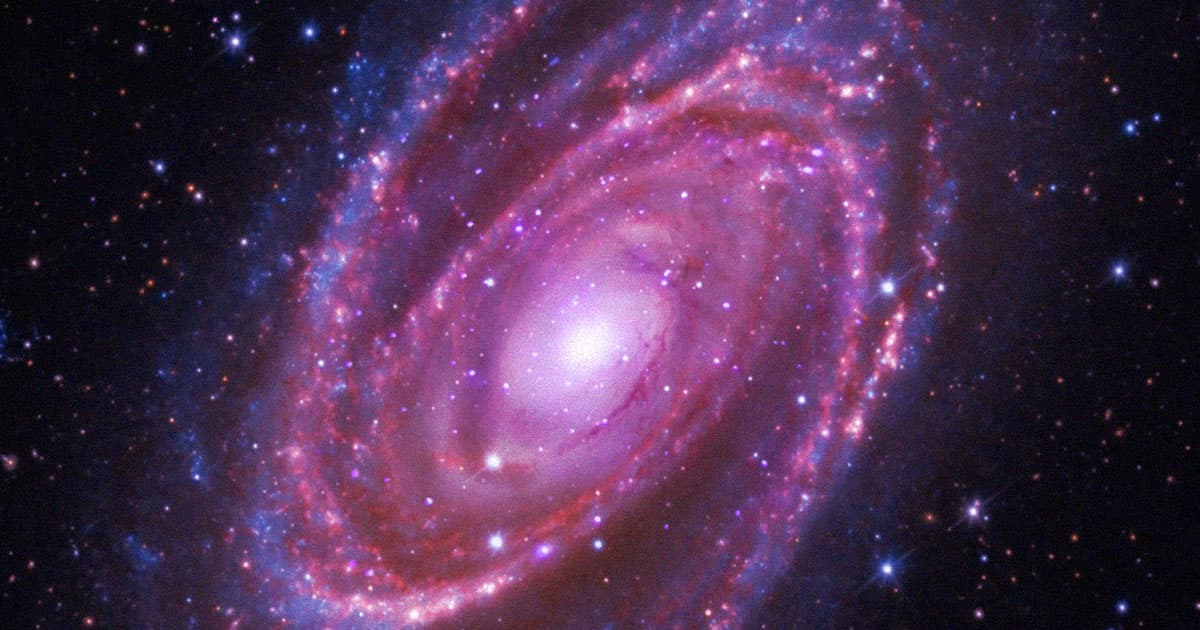 Scientists Surprised by Mysterious Barrier at the Core of our Galaxy

It's also accelerating some cosmic rays to near the speed of light.

It's also accelerating some cosmic rays to near the speed of light.

A team of Chinese researchers has discovered a mysterious barrier that appears to be stopping cosmic rays from penetrating through to the center of the Milky Way. Even more strangely, the same region seems to be accelerating these rays to blistering speeds.

The research underlines just how difficult it is to get a precise reading of what the hell is going on inside the swirling ball of excited cosmic rays that makes up the center of our galaxy.

Highly energetic events such as two galaxies smashing into each other, or objects like supermassive black holes, spew out storms of cosmic rays, which essentially amount to protons. These rays often are accelerated to almost the speed of light by these events and celestial objects, which interact in fascinating ways with our galaxy's magnetic field, which appears to form them into what's referred to as the cosmic "sea."

Scientists' working theory is that there's a supermassive black hole, called Sagittarius A*, sitting at the center of our galaxy, where it whips cosmic rays into a whirlwind.

In their paper published this week in the journal Nature Communications, the team found that some of these rays were unable to push their way past a dense barrier and enter a central molecular cloud of interstellar dust and hydrogen gas known as the cosmic ray sea.

Other rays that weren't entirely stopped by this barrier first slowed down and then mysteriously sped up again as they passed through the central cloud, leading the researchers to believe there's something like a particle accelerator at the galactic center.

The most apparent answer for this acceleration would be the existence of Sagittarius A* —  but the team wasn't able to come to a definitive conclusion, nor rule out other possible explanations, including the remnants of a supernova.

In other words, there are still many questions when it comes to our galaxy's turbulent center. This new research just goes to show just how much there is still to learn.

READ MORE: Data from the Fermi Large Area Telescope suggests there is a particle accelerator in the galactic center [Phys.org]

More on Sagittarius: Nobel Prize Winner on Falling Into a Black Hole: “I Would Not Want To”

Black Hole Snapshot
Scientists Release Image of Black Hole at Center of Our Galaxy
May 12
Read More
The Last Strand
Scientists Puzzled by Weird "Strands" at the Center of Our Galaxy
Jan 26
Read More
Congrats!
Nobel Prize Winner on Falling Into a Black Hole: "I Would Not Want To"
10. 7. 20
Read More
+Social+Newsletter
TopicsAbout UsContact Us
Copyright ©, Camden Media Inc All Rights Reserved. See our User Agreement, Privacy Policy and Data Use Policy. The material on this site may not be reproduced, distributed, transmitted, cached or otherwise used, except with prior written permission of Futurism. Articles may contain affiliate links which enable us to share in the revenue of any purchases made.
Fonts by Typekit and Monotype.