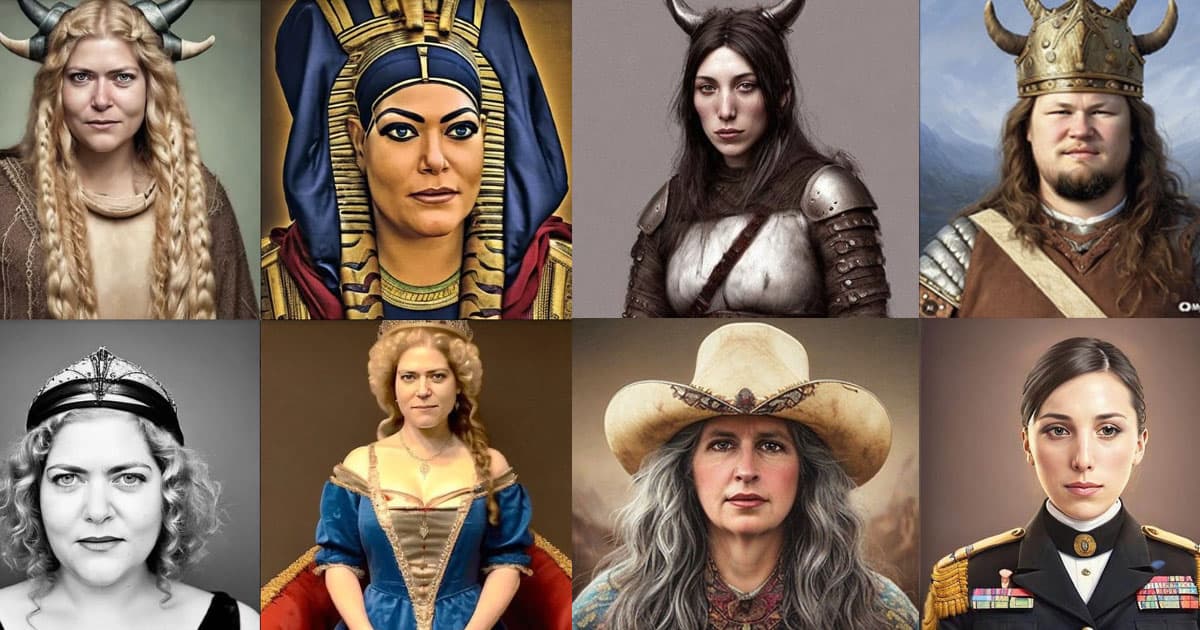 New AI Shows What You'd Look Like in Different Eras

This is so much fun.

This is so much fun.

Ever wondered what you would've looked like if you were alive during ancient Greek times or were reborn as a nineteenth century Arctic explorer?

A new app called AI Time Machine by DNA analysis company MyHeritage is taking the internet by storm, allowing anybody to generate pixel-perfect renditions of their faces in the style of different historical periods.

"Using AI Time Machine, you can see yourself as an Egyptian pharaoh, a medieval knight, a 19th-century lord or lady, an astronaut, and much more, in just a few clicks," the company writes on its website.

In short, it's the perfect mix of online vanity and cutting-edge AI. And honestly, it's kinda fun too. No wonder MyHeritage has a hit on its hands.

Somewhat inevitably, after a period of reflection I have decided that once I submit my three contracted books I am leaving academia to become a nineteenth century Arctic Explorer. Wish me luck! #MyHeritage #AITimeMachine pic.twitter.com/7t2hnkkuXT

The delightful app requires you to upload anywhere between ten and 25 different photos of yourself, ranging from full-body to close up shots. The more variety in the photos, the better the results, broadly speaking.

The process takes anywhere between 30 and 90 minutes after you've uploaded the photos.

Of course, the results can vary quite a bit. Expect to see the occasional artifacts or the fact that you may not recognize yourself in all of the images.

Myheritage AI time machine. This time it's me as an ancient Greek warrior. pic.twitter.com/vd1fYqX35h

MyHeritage obtained a license to use technology based on Stable Diffusion, one of the most prominent players in the text-t0-image AI generator space.

So why not give it a shot? We won't tell anybody.