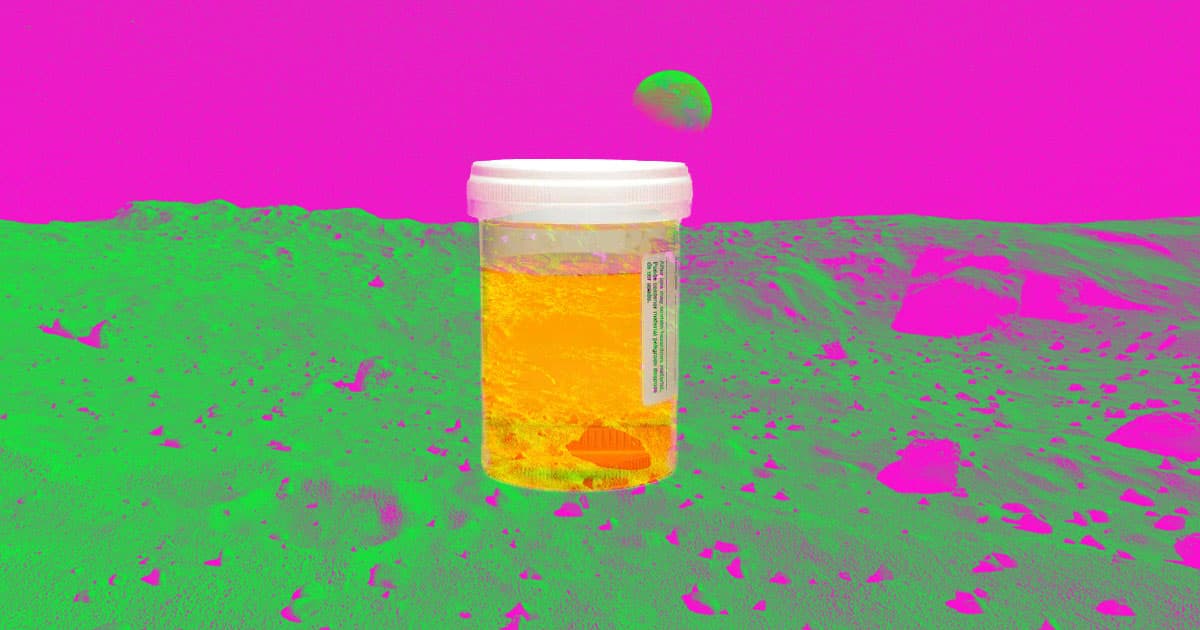 On the Moon, the Real Gold Might Be Human Urine

"Water is very, very valuable on the lunar surface."

"Water is very, very valuable on the lunar surface."

As humanity pushes to settle the Moon, we'll need to find ways to quickly build shelters and replenish the water supply. As it turns out, the solution to those life-and-death challenges may lie — well, within.

When it comes to fulfilling humanity's base needs — food, water, and shelter — on the Moon, the European Space Agency (ESA) thinks that the secret ingredient could be human urine, Wired reports. According to ESA research, it could serve as a crucial component of the best building material available to lunar settlers.

Wired reports that Moon settlers are likely to build using geomolymer: material made from mashing rocks with liquid to create a sort of clay. In a recent ESA study, building geopolymer rich in urea — that's the stuff in your pee — made the material stronger and more durable compared to water alone.

"Water is very, very valuable on the lunar surface," ESA researcher Marlies Arnhof told Wired. "So one of our main goals with this study was to reduce the amount of water necessary to produce a geopolymer."

But there are a challenges to the ESA's plan. The agency is only beginning to study, for instance, whether pee-laden huts would block cosmic radiation. Also, there's the unfortunate reality that pulling together enough urea to settle the Moon would require a herculean community effort.

"I don’t know if making pee would scale well," University of Central Florida planetary scientist Phil Metzger told Wired. "I just don't think you're going to have that many people peeing on the moon."

READ MORE: On the Moon, Astronaut Pee Will Be a Hot Commodity [Wired]