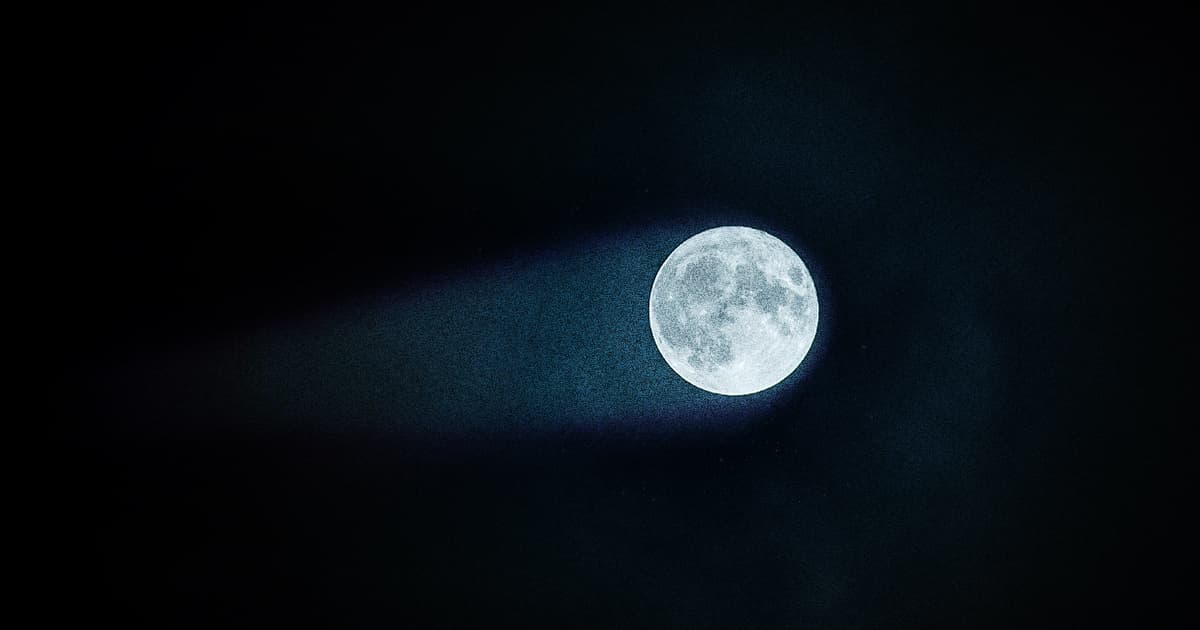 The Moon Has a Huge, Invisible, Comet-Like Tail

And sometimes it blasts the Earth.

And sometimes it blasts the Earth.

Unless you happen to have a special kind of camera, you may never notice that our Moon casts a long, invisible tail of particles trailing behind it, just like a comet or a shooting star.

The Moon's tail, which trails behind it and occasionally even blasts Earth, has been a subject of scientific fascination since its discovery in the late 1990s, but The New York Times reports that scientists now think they finally understand where it came from. The answer is violent — it seems to stem from meteor and asteroid impacts — but the result is a dazzling reminder that the Earth's natural satellite is far more dynamic than some dead, boring rock drifting listlessly through the cosmos.

The tail itself is a stream of sodium particles blasted off of the Moon by periodic impacts and energized by the Sun's photons, according to research published in the Journal of Geophysical Research: Planets by a team of Boston University physicists.

The Moon's tail streams behind it in its orbit around the Sun, not the Earth, making it look like a straight line from our terrestrial point of view. That also means that we earthlings sometimes find ourselves in the path of the jet stream, which the Earth's gravity focuses into a narrow beam that warps around the planet and continues onward behind it.

When it comes down to whether this new discovery has any practical application for scientists, lead author Jeffrey Baumgardner was frank with the NYT.

"Probably not," he said.

But that doesn't make it any less fascinating that a dazzling-yet-nearly-invisible light show has been playing out in our own cosmic neighborhood, right under our noses.

"I think it's very cool," study coauthor and undergraduate researcher Sarah Luettgen told the NYT. "It almost seems like a magical thing."

READ MORE: The Moon Has a Comet-Like Tail. Every Month It Shoots a Beam Around Earth. [The New York Times]

More on the Moon: Our Moon Could Escape Earth’s Orbit and Become a “Ploonet”