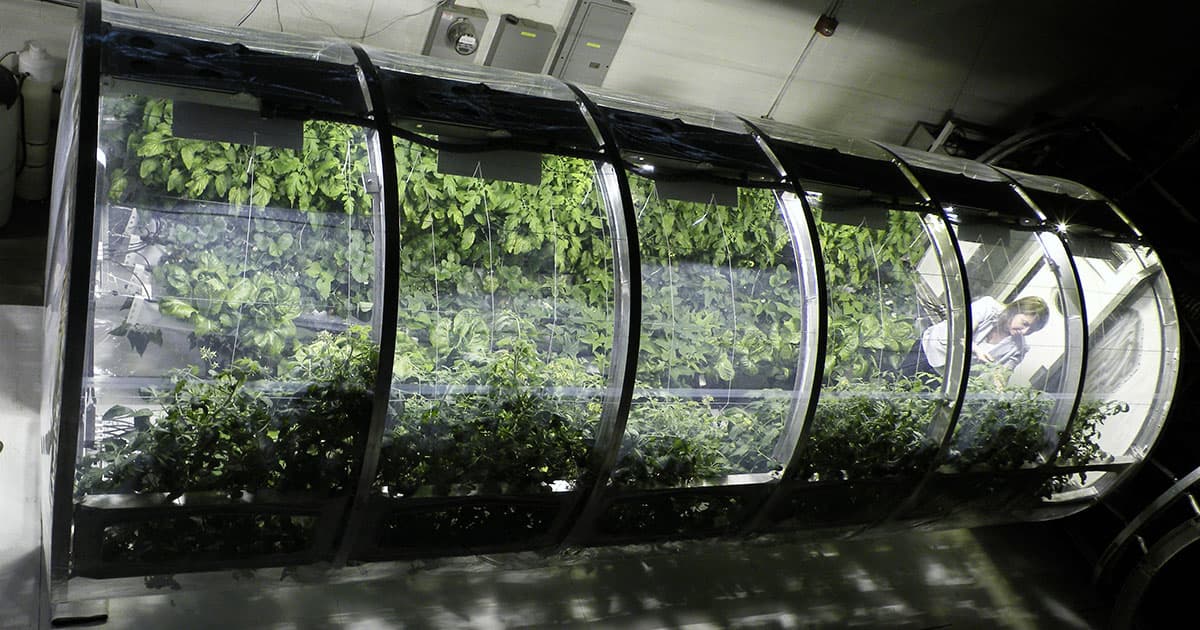 "These should be high-priority sites to target for future landed missions."

"These should be high-priority sites to target for future landed missions."

Researchers have discovered that the Moon might have frozen pockets of carbon dioxide — and say they could be used to create lunar greenhouses.

A team of scientists identified the CO2 “cold traps” in a paper published in the journal Geophysical Research Letter. This is a phenomenon that occurs when gasses like carbon dioxide collect and remain in pockets due to frigid temperatures, lack of atmosphere, and lack of sunlight, according to Salon — a development that could chart the course for a long term human presence, or possibly even agriculture, on Earth’s natural satellite.

“I think when I started this, the question was, ‘Can we confidently say there are carbon dioxide cold traps on the Moon or not?'” Norbert Schörghofer, planetary scientist at the Planetary Science Institute and lead author of the study, said in a press release. “My surprise was that they’re actually, definitely there.”

As NASA prepares to launch the Artemis project to return humans to the Moon, the existence of carbon dioxide cold traps could present — shall we say — a fruitful opportunity.

For one, carbon dioxide could be used as fuel, which means less resources spent launching supplies to future lunar outposts. The gas could be converted into oxygen for astronauts to breathe, too. Carbon dioxide can also be used in greenhouses, which need the gas for plants to grow.

All this means that areas near these cold traps will likely be highly desirable targets for colonization efforts.

“These should be high-priority sites to target for future landed missions,” Paul Hayne, a planetary scientist at the University of Colorado who was not a part of the study, said in the release. “This sort of pinpoints where you might go on the lunar surface to answer some of these big questions about volatiles on the Moon and their delivery from elsewhere in the solar system.”

READ MORE: The moon has carbon dioxide “traps” that astronauts could use to make fuel and grow plants [Salon]