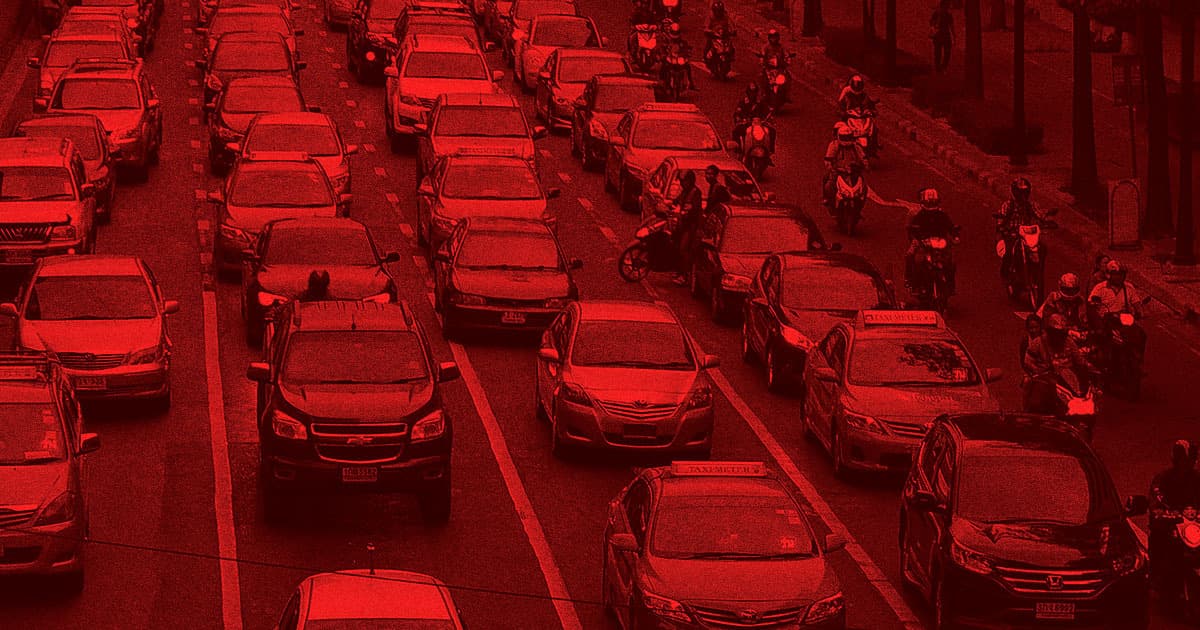 "We thought they would enjoy more calming sounds... but actually they triggered the traffic sounds more."

"We thought they would enjoy more calming sounds... but actually they triggered the traffic sounds more."

A team of scientists started out with a noble goal: making life more comfortable for monkeys living in a Finnish zoo by letting them control the music for the first time.

But they walked away with a shocking revelation, Agence France-Press reports. Given the choice, the white-faced saki monkeys preferred the sounds of automotive traffic over nature noises and other soundscapes that are soothing, at least from a human perspective.

In the experiment, scientists at Finland's Aalto University let the monkeys pick what they wanted to listen to from four playlists: traffic noises, nature and falling rain, zen noises, and dance music. Traffic won out, and the animals calmly slept and groomed themselves while traffic noises played .

"We thought they would enjoy more calming sounds, such as zen music, but actually they triggered the traffic sounds more," Aalto scientist Ilyena Hirskyj-Douglas told AFP.

Zoo research coordinator Kirsi Pynnonen says that the screeching tires might be popular among the monkeys because they actually sound most familiar to them.

"In the wild, these monkeys use high-pitched hissing, squeaking and croaking to stay in contact," she told AFP.

This unexpected finding, the researchers say, could help guide future monkey accommodations like letting them choose visuals for TV screens or light settings.

Horrible Geese
Furious Geese Are Defeating Humans, Scientists Find
12. 4. 22
Read More
Simulated Shocks
People Are Horrified When They Have to Torture a Virtual Person
4. 12. 19
Read More
Replication Crisis
New Research Just Debunked 14 Classic Psychology Experiments
11. 21. 18
Read More
+Social+Newsletter
TopicsAbout UsContact Us
Copyright ©, Camden Media Inc All Rights Reserved. See our User Agreement, Privacy Policy and Data Use Policy. The material on this site may not be reproduced, distributed, transmitted, cached or otherwise used, except with prior written permission of Futurism. Articles may contain affiliate links which enable us to share in the revenue of any purchases made.
Fonts by Typekit and Monotype.