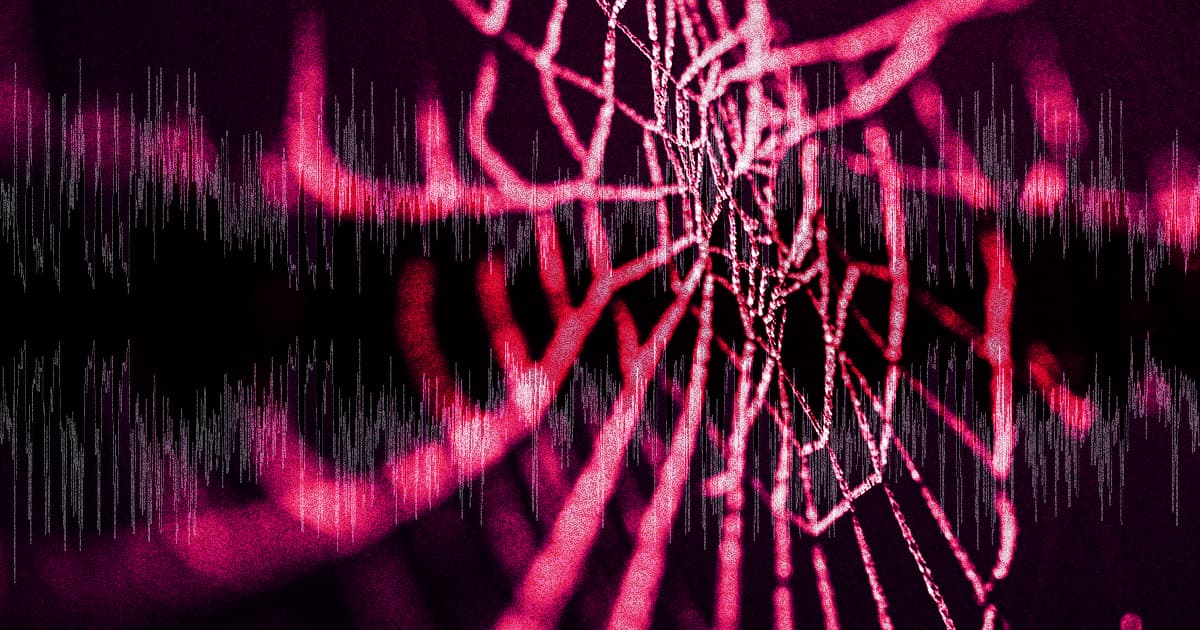 Top of the Charts

Scientists from MIT just dropped an incredible piece of a brand-new music genre that we think could really take off: spider music.

They created 3D scans of spider webs that they then imported into a virtual environment, allowing them to manipulate webs in different ways and convert the resulting structures and their acoustic qualities into music, according to a press release about research the team presented at Monday's meeting of the American Chemical Society.

"The spider lives in an environment of vibrating strings," project leader and MIT engineer Markus Buehler said in the press release. "They don’t see very well, so they sense their world through vibrations, which have different frequencies."

You can — and should — listen to a sample of the music here.

In order to create the music, the scientists assigned different notes to different strands of a web and then assembled a melody of sorts based on the web's 3D structure and the way spiders constructed their webs over time.

The music itself sounds a bit confused and jumbled — kind of like those videos of cats walking across pianos. But it's at least more interesting than the music scientists made from star activity a while back, and the harp-like instrument and an echoing effect give the music an ambient haunting quality that suits arachnids as well.

The spider music is a fun experiment on its own. But the MIT scientists really want to play it for an arachnid audience instead of a human one — and see if they can use the musical vibrations to steer spiders' behavior.

"Now we’re trying to generate synthetic signals to basically speak the language of the spider," Buehler said in the release. "If we expose them to certain patterns of rhythms or vibrations, can we affect what they do, and can we begin to communicate with them? Those are really exciting ideas."

More on spiders: Whose Brilliant Idea Was It to Bring Spiders to the Space Station?

Gene-Hacked Blood Suckers
Residents Furious at Release of 500 Million Gene-Hacked Mosquitoes
4. 26. 21
Read More
Brands We Love
Soundtrap by Spotify Lets You Record, Edit, and Collaborate From Anywhere in the World
4. 12. 21
Read More
Brands We Love
Get Award-Winning Design With The EarFun Air True Wireless BT 5.0 Earbuds
9. 16. 20
Read More
+Social+Newsletter
TopicsAbout UsContact Us
Copyright ©, Camden Media Inc All Rights Reserved. See our User Agreement, Privacy Policy and Data Use Policy. The material on this site may not be reproduced, distributed, transmitted, cached or otherwise used, except with prior written permission of Futurism. Articles may contain affiliate links which enable us to share in the revenue of any purchases made.
Fonts by Typekit and Monotype.