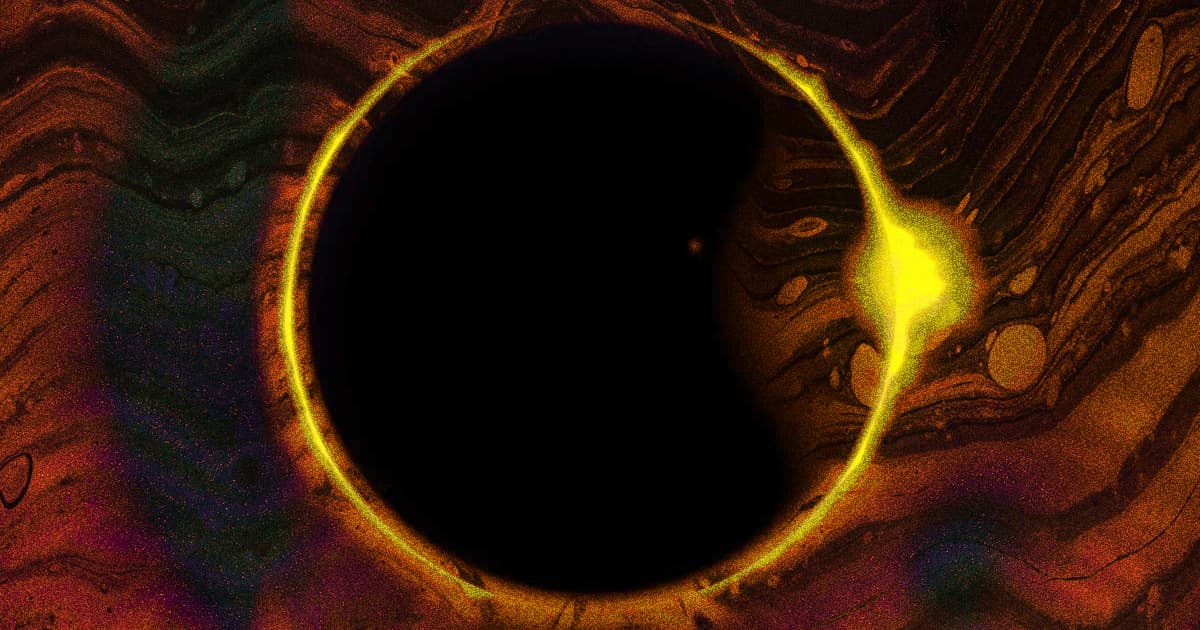 MIT Scientists: Nearby Star Appears to Be Cranking Out Dark Matter

Maybe researchers haven't found any yet, but who's counting?

Maybe researchers haven't found any yet, but who's counting?

Even though they've never actually found any, scientists are pretty confident that most of the stuff in the universe is comprised of invisible, mysterious dark matter. And thanks to a new not-quite-successful experiment, they're making important progress toward narrowing down the list of ways to find it.

Researchers recently used the orbital NASA observatory NuSTAR to search for X-rays emanating from the core of the nearby star Betelgeuse, which Live Science reports would be a sign that axions, a top dark matter particle candidate, are present there. Because Betelgeuse is particularly large and hot, scientists suspect that it's churning out dark matter particles at a higher rate than most others. Unfortunately, the researchers didn't happen to find any, MIT physicist and project leader Mengjiao Xiao told Live Science, but the project still takes scientists an important step toward actually doing so next time around.

Because scientists didn't find axions this time, they might now have a better idea of how to launch a successful search in the future, MIT physicist Joshua Foster told Live Science. Foster wasn't involved in Xiao's research — which is being presented Tuesday at an American Physical Society meeting —but he's conducted similar studies that were focused on different stars.

Foster explained that Xiao's work helped put new constraints on what we know about the axion's properties. For instance, Xiao suggests that photons and axions are three times less likely to interact — the process that gives off the X-rays in the first place — than researchers previously assumed.

Refinements like that are a crucial part of the hunt for dark matter, Live Science reports, because there's so much noise and so many extra signals mucking up the data from any star research that scientists need to actually know what they're looking for before they can find it.

READ MORE: One of Earth's nearest stars may be a dark matter factory [Live Science]

Dark Secrets
Scientists Just Detected the Oldest Dark Matter Ever Observed
8. 3. 22
Read More
Walled Up
Scientists Say Space Is Filled With Invisible Walls
5. 12. 22
Read More
Space Lumps
Scientists Say We May Be Extremely Wrong About the Universe
4. 28. 22
Read More
+Social+Newsletter
TopicsAbout UsContact Us
Copyright ©, Camden Media Inc All Rights Reserved. See our User Agreement, Privacy Policy and Data Use Policy. The material on this site may not be reproduced, distributed, transmitted, cached or otherwise used, except with prior written permission of Futurism. Articles may contain affiliate links which enable us to share in the revenue of any purchases made.
Fonts by Typekit and Monotype.