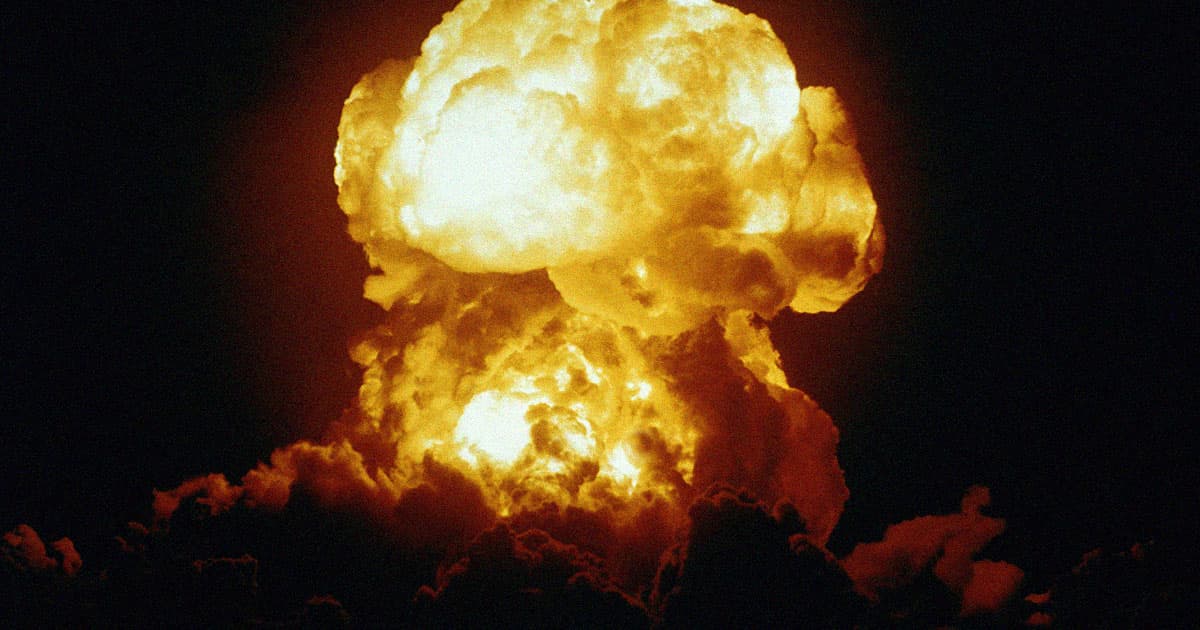 "My current estimate is about the same as losing in Russian roulette: one in six."

"My current estimate is about the same as losing in Russian roulette: one in six."

These, as we know, are not internationally chill times — so much so that, unfortunately, nuclear war has been on much the collective mind.

But while verbal — and in North Korea's recent case, physical — nuclear threats have been made, how likely is it that we'll see an actual nuclear conflict? It's a seemingly impossible question, but one MIT physics professor Max Tegmark believes he has the answer to.

"Many people have asked me what I think the odds are of an imminent major US-Russia nuclear war," the professor wrote on the blog LessWrong. "My current estimate is about the same as losing in Russian roulette: one in six." Great.

Here's why I think there's now a one-in-six chance of an imminent global #NuclearWar, and why I appreciate @elonmusk and others urging de-escalation, which is IMHO in the national security interest of all nations: https://t.co/HTKLphcOxG pic.twitter.com/kZtTCVhzZu

Tegmark's argument centers on a David vs. Goliath framework — the former being Ukraine, the latter being Russia. And within that dynamic, the professor explores a series of possible outcomes and their likelihoods.

His worst case scenario is labelled "KABOOM," which in his words marks "a major US-Russia nuclear war that might cause nuclear winter and kill most people on Earth." But again, that's worst case, and Tegmark offers a number of other scenarios that might happen either instead of KABOOM or en route to it.

Distill those percentages, and as Tegmark writes, you get a roughly one-in-six figure.

It's important to remember that Tegmark's guess is, in a way, as good as anyone's.

There's no true scientific model for human nature, which is what this ultimately comes down to. Nuclear war doesn't just happen. A button, somewhere, has to be pressed — though that seems to be exactly what the prof is trying to remind us.

READ MORE: Why I think there's a one-in-six chance of an imminent global nuclear war [LessWrong]