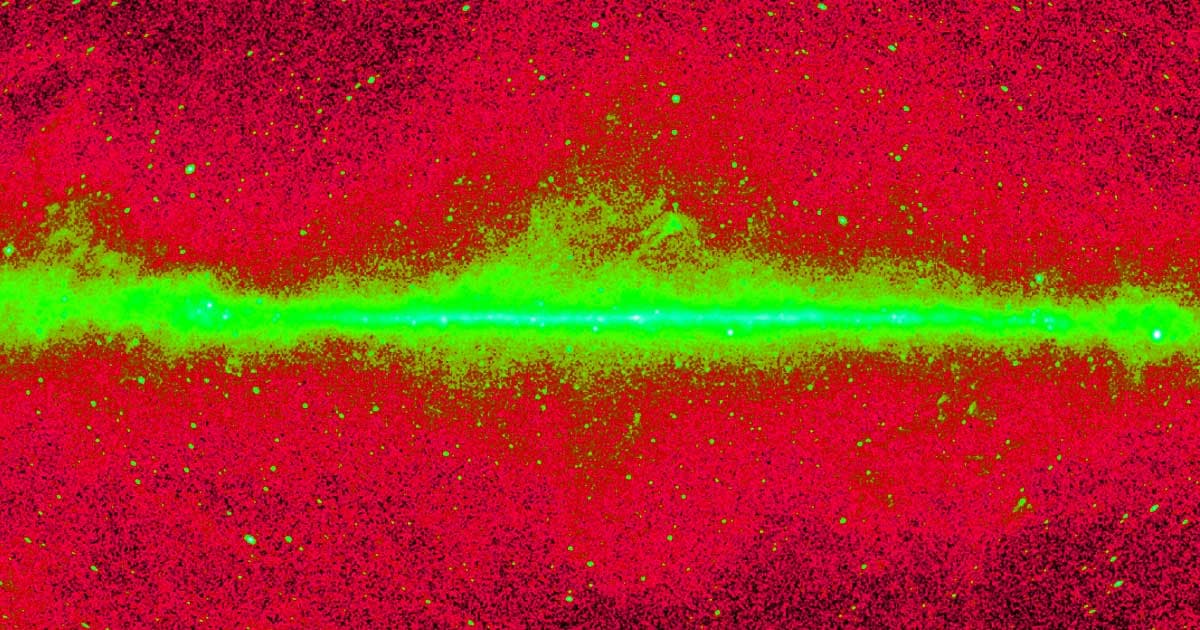 MIT: Dark Matter At Our Galaxy's Core May Be Blasting Gamma Rays

New evidence resuscitated a theory thought to be debunked.

New evidence resuscitated a theory thought to be debunked.

Physicists think they've found something unusual at the core of our galaxy: a vast, turbulent cloud of dark matter that's creating powerful blasts of cosmic radiation.

Back in 2015, scientists from MIT and Princeton ruled out dark matter as the source of the gamma rays, pointing instead to highly-active neutron stars, according to an MIT press release. But after uncovering flaws in the previous team's models, MIT scientists once again suspect that dark matter is actually to blame, potentially upending our understanding of the Milky Way.

The team found that the 2015 study's model was incapable of detecting dark matter at all — so it would always point toward neutron stars as the source of the mysterious cosmic rays. The new study, published Wednesday in the journal Physical Review Letters, revealed the problem by adding fake dark matter signals into the data, which went unnoticed by the model.

"It's exciting in that we thought we had eliminated the possibility that this is dark matter," MIT physicist Tacy Slatyer, who worked on both studies, said in the press release. "But now there's a loophole, a systematic error in the claim we made. It reopens the door for the signal to be coming from dark matter."

READ MORE: Is there dark matter at the center of the Milky Way? [MIT newsroom]

Walled Up
Scientists Say Space Is Filled With Invisible Walls
May 12
Read More
Space Lumps
Scientists Say We May Be Extremely Wrong About the Universe
Apr 28
Read More
Turn Back Time
Scientists Say There May Be a Mirror Universe in Which Time Runs Backwards
Mar 17
Read More
+Social+Newsletter
TopicsAbout UsContact Us
Copyright ©, Camden Media Inc All Rights Reserved. See our User Agreement, Privacy Policy and Data Use Policy. The material on this site may not be reproduced, distributed, transmitted, cached or otherwise used, except with prior written permission of Futurism. Fonts by Typekit and Monotype.