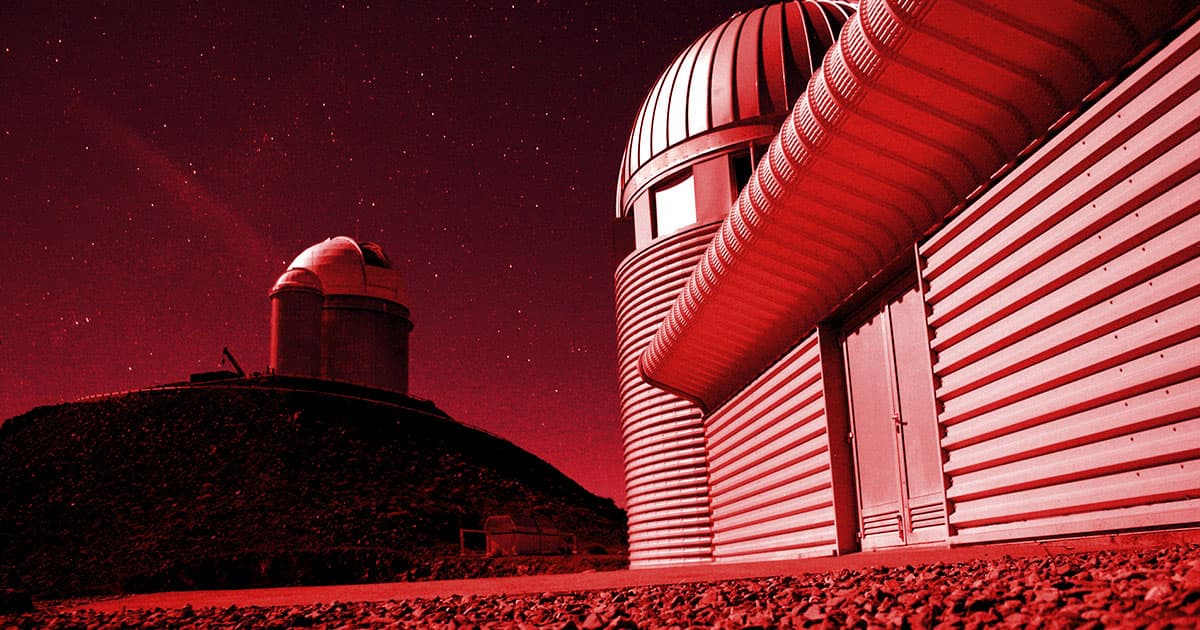 "We lament giving this sad news and extend our condolences to his family and friends."

"We lament giving this sad news and extend our condolences to his family and friends."

The body of British astronomer Thomas Marsh, who went missing in September, has been found by Chilean police.

Marsh, a 60 year-old-professor at the University of Warwick, was working at La Silla Observatory just outside the Atacama desert in Coquimbo, Chile. The search, which began soon after Marsh went missing in mid-September, was extended after Marsh's clothing and cellphone were found nearby. Some 55 days after he first went missing, authorities located Marsh's body, which was undressed from the waist up, "in the vicinity" of the observatory, El Pais reports.

"After an intense search by the Carabineros' multidisciplinary team, Gope (a specialized unit) found the lifeless body of the astronomer missing since September 16," the police agency wrote in a tweet, translated by El Pais. "We lament giving this sad news and extend our condolences to his family and friends."

As of now, no cause of death has been reported, and it remains unclear what happened during Marsh's final hours. One of the investigation's main theories is that Marsh had simply gone out for a trek and soon became lost.

The British astronomer was originally visiting La Silla observatory, operated by the European Space Observatory and home of the advanced New Technology Telescope, for four days. According to one of his colleagues, Marsh knew "the terrain very well," as quoted by El Pais. In fact, Marsh had worked and taught there many times before.

A British student who traveled with Marsh to the observatory has become a key witness in the mystery. According to testimony he gave to the police, Marsh, on the day before he disappeared, told the student "something super strange" and berated him for his lack of commitment.

University of Warwick provost Chris Ennew said in a statement that the discovery of Marsh's body was "deeply distressing news for Tom's family."

"I know what a terrible time this is for the colleagues who knew Tom and counted him as a close friend as well as an inspirational academic and mentor," she said.

Hopefully, investigators will be able to determine exactly what happened to provide some closure to Marsh's family and friends.

More on telescopes: Hackers Just Took Down One of the World's Most Advanced Telescopes

Farout
Astronomers Just Found a Dwarf Planet Three Times As Far Away As Pluto
12. 17. 18
Read More
A Study of Ceres' Bright Spots Shows That They Are Changing
3. 17. 16
Read More
Pizza Personnel
Domino's Buying Hundreds and Hundreds of Electric Delivery Vehicles
Wednesday
Read More
+Social+Newsletter
TopicsAbout UsContact Us
Copyright ©, Camden Media Inc All Rights Reserved. See our User Agreement, Privacy Policy and Data Use Policy. The material on this site may not be reproduced, distributed, transmitted, cached or otherwise used, except with prior written permission of Futurism. Articles may contain affiliate links which enable us to share in the revenue of any purchases made.
Fonts by Typekit and Monotype.