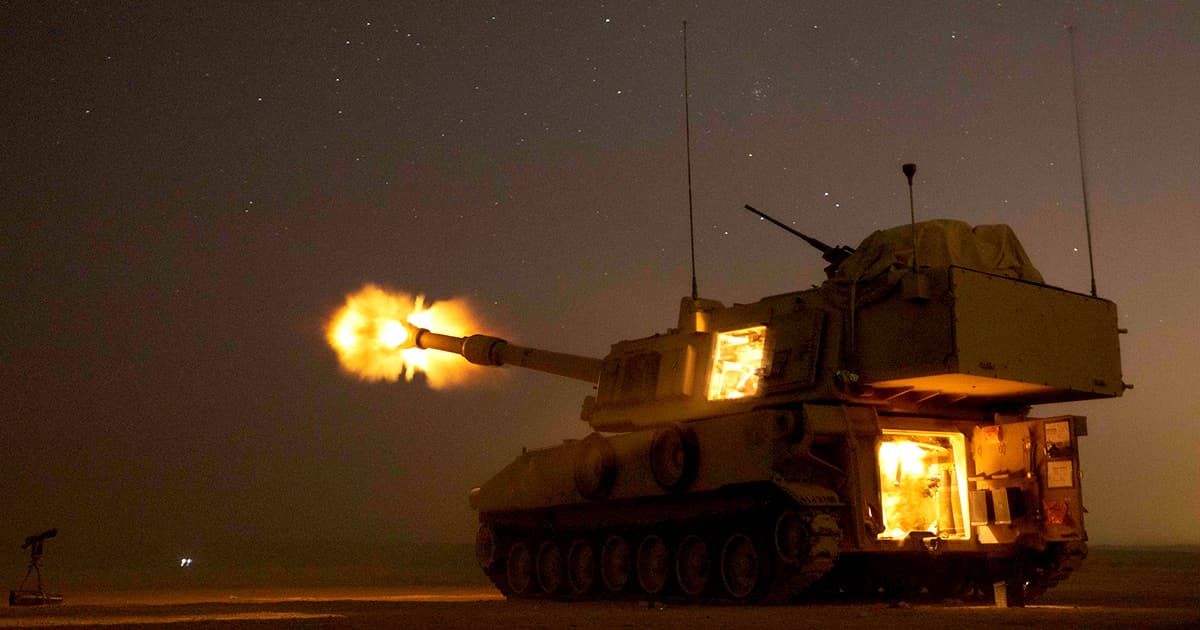 The US Military Used Emergency Coronavirus Money to Buy Weapons

Back in March, Congress allocated a $1 billion emergency fund to the Pentagon, directing it to stockpile medical supplies and equipment for the country.

But instead of using the money to battle the coronavirus pandemic, The Washington Post reports, the military funneled hundreds of millions of dollars to contractors to buy satellite parts, weapons, drones, and other military gear. It's a damning indication that the military refused to prioritize its pandemic response — even after Congress handed it money explicitly for that purpose.

To explain the troubling expenditures, a Pentagon spokesperson told WaPo that "economic security and national security are very tightly interrelated." But, as WaPo reports, many of the contractors it sent funds to had already been paid under other emergency coronavirus relief programs. On top of that, hundreds of millions of dollars went to major contractors like General Electric that remained stable during the pandemic.

Meanwhile, CDC Director Robert Redfield argues that many aspects of the coronavirus response remain critically underfunded — including a national shortage of N95 masks — and that states can't currently afford to distribute a vaccine, whenever one's deemed ready.

"This is part and parcel of whether we have budget priorities that actually serve our public safety," Mandy Smithberger, an analyst at the Project on Government Oversight, told WaPo, "or whether we have a government that is captured by special interests."