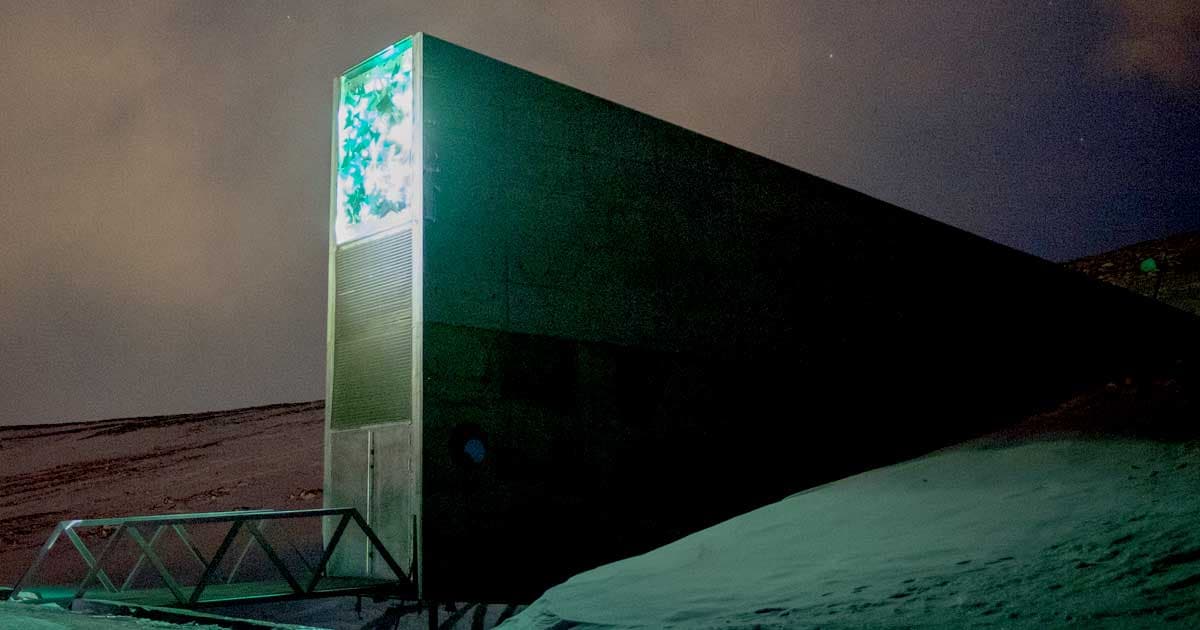 Microsoft Is Hiding Source Code in an Apocalypse-Proof Cave

GitHub's archives are backed up on microfilm in an Arctic mine.

GitHub's archives are backed up on microfilm in an Arctic mine.

Next to the famous Global Seed Vault in Svalbard, Norway, is an abandoned coal mine protecting a different kind of resource against the end of the world: all of GitHub's open source code.

Now, if the world ends, whatever survivors crawl out of the ashes will be able to access and use the software behind modern-day tech, perhaps on that weird post-apocalyptic operating system that some coders unveiled last month.

Since 2017, the Arctic World Archive, as it's called, has stored other digital records, including the Vatican archives, movies, and anything else deemed worth saving, according to a new Bloomberg feature.

And now, with Microsoft-owned GitHub's contribution, it also holds a hard copy of nearly all the open source software in the world, which can be read with nothing more than a magnifying lens.

The open source community is often dismissed as a fringe group of tech idealists, but much of the digital architecture with which we interact every day technically falls under the broad umbrella of publicly available open source code, Bloomberg reports. Think Facebook, Google, and Amazon — all of them rely on it.

So, while GitHub's data dump seems like — and probably partially is — a bit of a stunt, it could someday prove useful if a catastrophe wipes out the world's hard drives.

More on the end of days: To Prevent the Apocalypse, MIT Says to Study "Machine Behavior"

Might See Nonsense
MSN Fired Its Human Journalists and Replaced Them With AI That Publishes Fake News About Mermaids and Bigfoot
12. 2. 22
Read More
Gates Closed
Bill Gates Reportedly Left Microsoft Board Amid Sex Allegations
5. 17. 21
Read More
You Can't Say That on Xbox
Microsoft Wants to Censor Xbox Live Voice Chat in Real Time
10. 15. 19
Read More
+Social+Newsletter
TopicsAbout UsContact Us
Copyright ©, Camden Media Inc All Rights Reserved. See our User Agreement, Privacy Policy and Data Use Policy. The material on this site may not be reproduced, distributed, transmitted, cached or otherwise used, except with prior written permission of Futurism. Articles may contain affiliate links which enable us to share in the revenue of any purchases made.
Fonts by Typekit and Monotype.