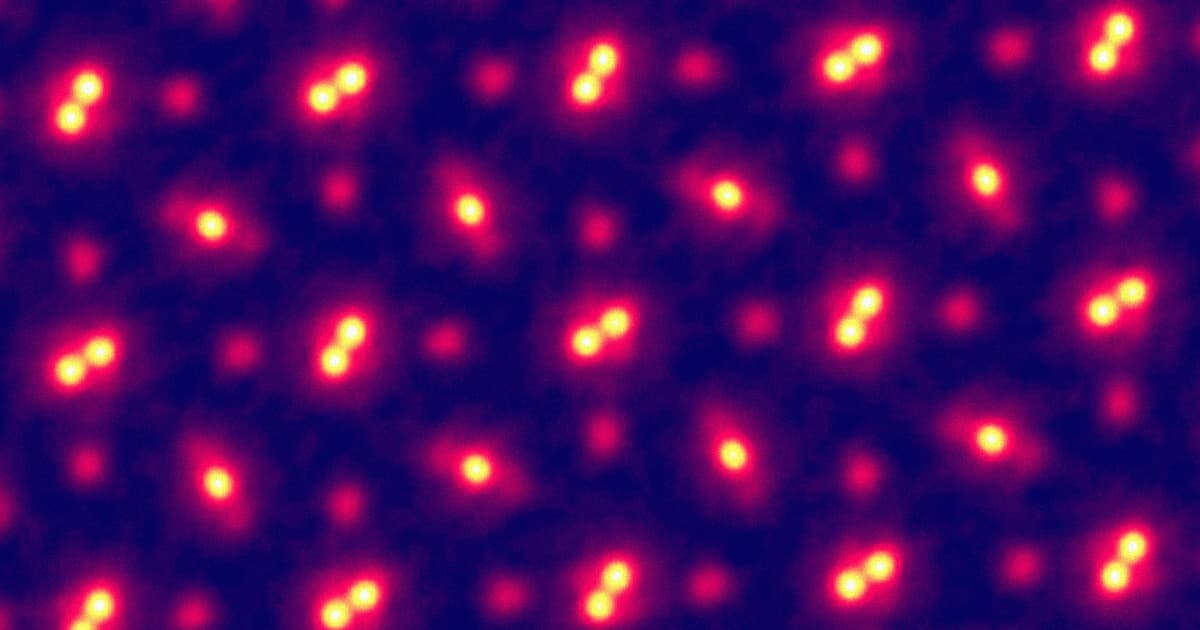 A Cornell engineer says it's basically an unbeatable record.

A Cornell engineer says it's basically an unbeatable record.

A team of Cornell University engineers developed a new microscopy technique that's powerful enough to spot an individual atom in three dimensions — and create an image so clear that the only blurriness comes from the movement of that atom itself.

The technique, which according to the study published Thursday in the journal Science relies on an electron microscope coupled with sophisticated 3D reconstruction algorithms, doesn't just set a new record in atom resolution. The researchers even say this might be as good as microscopy gets.

"This doesn't just set a new record," lead author and Cornell engineer David Muller said in a press release. "It's reached a regime which is effectively going to be an ultimate limit for resolution. We basically can now figure out where the atoms are in a very easy way. This opens up a whole lot of new measurement possibilities of things we've wanted to do for a very long time."

Past attempts to image and study individual atoms resulted in blurry images because, well, it's hard to get that precise. But now scientists can actually watch as atoms jiggle and vibrate — motion blur in the new images is a testament to their precision, they say, rather than a technical fault.

"With these new algorithms, we're now able to correct for all the blurring of our microscope to the point that the largest blurring factor we have left is the fact that the atoms themselves are wobbling," Muller said in the release, "because that's what happens to atoms at finite temperature."

The previous record for single-atom resolution was actually set by the same team in 2018, but at the time they could only image samples of extremely thin materials just a few atoms thick. Their new trick, however, allows them to work on thicker, more realistic samples and could even be used to improve medical imaging.

"We want to apply this to everything we do," Muller said in the release. "Until now, we've all been wearing really bad glasses. And now we actually have a really good pair. Why wouldn't you want to take off the old glasses, put on the new ones, and use them all the time?"

More on microscopy: New Microscope Is So Powerful it Can Watch Light Move

Scientists extend an atom's lifetime with a mirror
10. 14. 15
Read More
What is Happening
Elon Musk Sets His Twitter Account to Private
Yesterday
Read More
Fly Guy
Bird Advocates Horrified by Pigeon Dyed Pink For Gender Reveal Party
Yesterday
Read More
+Social+Newsletter
TopicsAbout UsContact Us
Copyright ©, Camden Media Inc All Rights Reserved. See our User Agreement, Privacy Policy and Data Use Policy. The material on this site may not be reproduced, distributed, transmitted, cached or otherwise used, except with prior written permission of Futurism. Articles may contain affiliate links which enable us to share in the revenue of any purchases made.
Fonts by Typekit and Monotype.