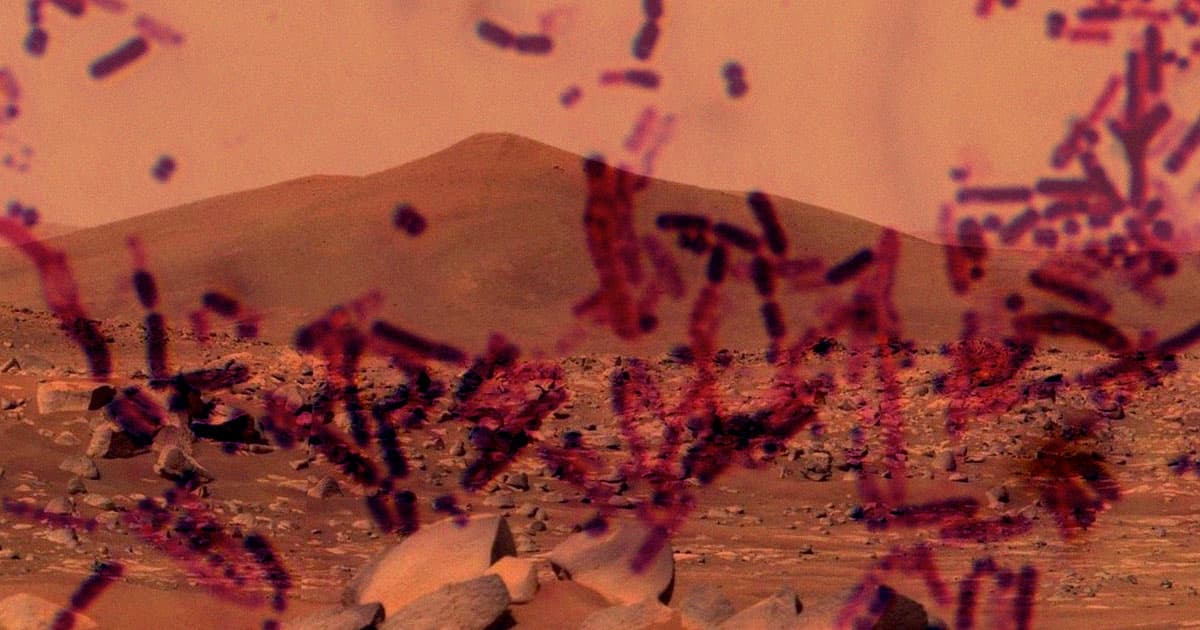 Here’s how we can put a gas station on Mars.

Here’s how we can put a gas station on Mars.

One of the hurdles on our quest to colonize Mars has to do with fuel. If humans on the Red Planet want to make it back to Earth, they need enough fuel for the launch and trip home — an immense logistical concern due to the weight of rocket fuel.

Luckily, scientists believe that microbes could be the key to producing the fuel needed on Mars itself.

The researchers’ study — published in Nature Communications — found that a microbe called cyanobacteria, along with a strain of E. coli bacteria, could be used to create rocket biofuel, according to a press release from Georgia Tech. With the help of a photobioreactor that would be built on the Martian surface, the microbe could produce sugars that the E. coli would turn into a usable propellant called 2,3-butanediol (2,3-BDO).

Though 2,3-BDO isn’t as powerful a propellant as what we typically use in launches, the paper’s authors believe that it could be enough to get the job done due to Mars’ lower gravity.

“You need a lot less energy for lift-off on Mars, which gave us the flexibility to consider different chemicals that aren’t designed for rocket launch on Earth,” said Pamela Peralta-Yahya, coauthor of the study and an associate professor of chemistry and biochemistry at Georgia Tech, said in the release. “We started to consider ways to take advantage of the planet’s lower gravity and lack of oxygen to create solutions that aren’t relevant for Earth launches.”

The process of producing enough propellant for the trip back to Earthwould require building a photobioreactor the size of four football fields, according to the release. The system would be powered by carbon dioxide and sunlight, both of which are abundant on the Red Planet.

The process would also do the double duty of drastically reducing mission costs while generating 44 tons of excess clean oxygen that could be used to keep the humans alive, the release said.

The team’s research was funded and supported by NASA’s Innovative Advanced Concepts Award in 2020, so it seems like an idea the agency is taking very seriously. If viable, it’ll make trips to Mars — along with journeys back — more affordable than ever.

A Fleet of Underwater Robots Will Create Detailed Map of Marine Microbes
3. 13. 18
Read More
The World’s First US-to-Australia Biofuel Flight Was Powered by Mustard Seeds
1. 31. 18
Read More
One of the World’s Largest Oil Companies is Spending $1 Billion a Year on Green Energy Research
11. 3. 17
Read More
+Social+Newsletter
TopicsAbout UsContact Us
Copyright ©, Camden Media Inc All Rights Reserved. See our User Agreement, Privacy Policy and Data Use Policy. The material on this site may not be reproduced, distributed, transmitted, cached or otherwise used, except with prior written permission of Futurism. Fonts by Typekit and Monotype.