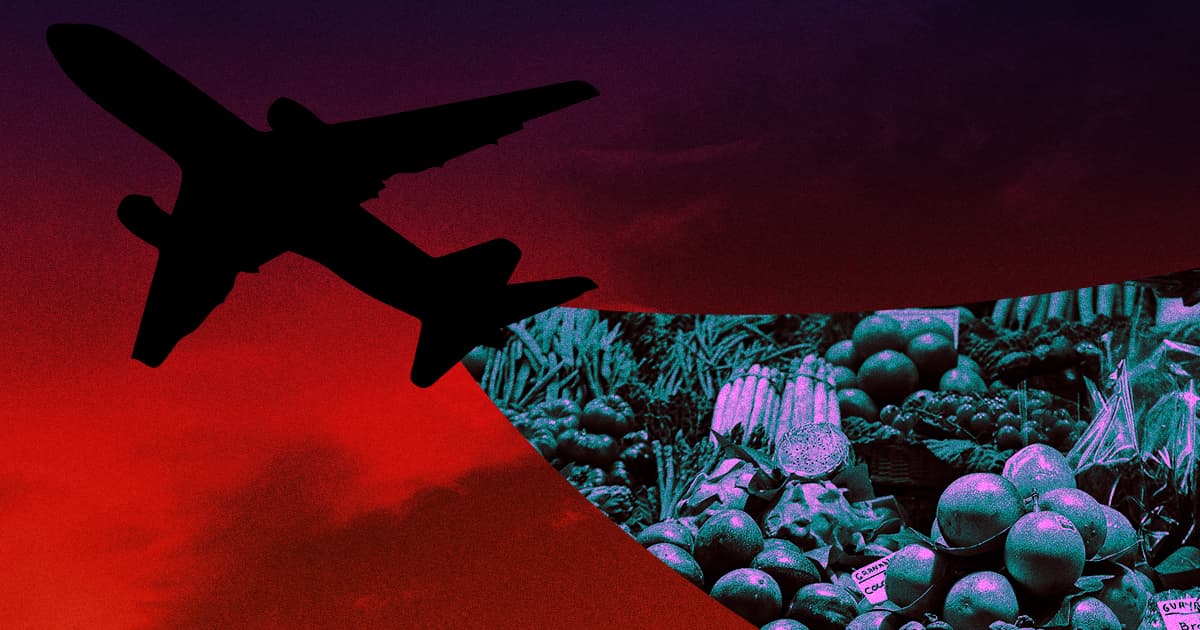 Another step closer to the Mr. Fusion unit from "Back to the Future."

Another step closer to the Mr. Fusion unit from "Back to the Future."

Soon, jet engines could be powered by a blend of fuels originating from your table scraps and other food waste.

A new study found that fermenting food waste can be broken down into compounds that are highly similar to the fossil fuels that power jet engines, Popular Science reports. It's a promising development — biofuel that burns cleaner like this could go a long way toward reducing aviation's huge carbon footprint.

Of course, it's a bit more complex than dropping banana peels into an energy module like in the second "Back to the Future" movie. Instead, the Oak Ridge National Laboratory scientists converted food waste into the base molecules that make up jet fuel, according to the study they published this month in the journal PNAS.

Crucially, this food waste-based fuel works with jet engines that exist and are commonly used today. As PopSci notes, it's a whole lot simpler — and more pragmatic from an environmental standpoint — to clean up fuel for existing aircraft than it is to spend the time and money trying to build an entirely new type of plane from scratch.

For now, industry standards mandate that any new jet fuels can only make up ten percent of the actual fuel blend that goes into planes — the other 90 percent has to be a conventional petroleum-based fuel.

In this case, the food biofuel could make up 30 percent of the blend without sacrificing functionality, PopSci reports, but existing regulations stand in the way of that higher proportion. Still, reducing emissions for ten percent of the fuel powering jet engines would go a long way, especially since all that food waste would just be sitting in a dump and giving off greenhouse gases anyway.

READ MORE: Plane rides of the future could be fueled by table scraps [Popular Science]